HTC RE, the action camera for everyone, now available in Australia 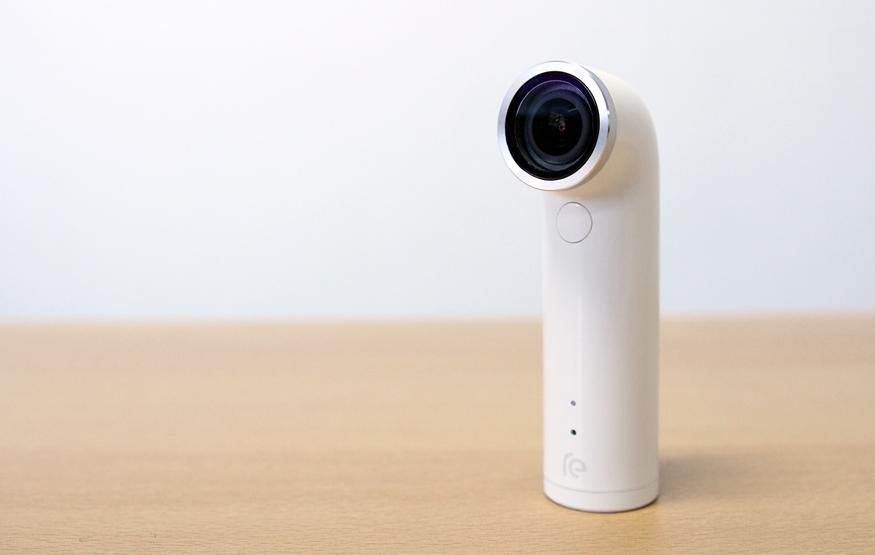 HTC today announced the Australian availability of its first non-smartphone product, the HTC RE action camera. The RE is available for purchase today from Telstra, Fone Zone and Next Byte outlets for AUD$249 and will be ranged by other retailers before Christmas. An 8GB microSD card is included with the camera.

Thomas Deximer, HTC's Marketing Manager for Australia and New Zealand, said RE (pronounced ray) is a "portable camera that allows you to enjoy and capture the moment at the same time". "It's really about focusing on the moment," said Deximer. "By the time you pull on your smartphone, the moment is gone."

RE is a light-weight, periscope-esque point and shoot camera. In lieu of a viewfinder, it has a 16 megapixel wide-angle camera and hardware stabilisation for when recording video. RE automatically powers on when a user picks it up, a short press of its main button takes a photo, and a long press starts recording video. In addition to the camera's main button, there is a dedicated slow-motion button. RE is IPX7 waterproof, allowing to be submerged for 30 minutes at a maximum depth of one metre. HTC claims the battery is good for 1000 photos or 100 minutes of Full HD video recording per charge.

Deximer said RE was designed for "GoMamas and GoPapas", rather than the GoPro audience who have to really be into the extreme to get the most out of the camera.

The RE companion app is available for iOS and Android, and allows users to use their smartphone as a viewfinder or to look at the photos they've taken. The app also enables users to record timelapses.

RE will launch alongside a range of accessories including a bike mount, charging dock and protection pack including a waterproof screw increases the device's waterproof rating to IPX8, a lens cover and lanyards. These will be available before Christmas.