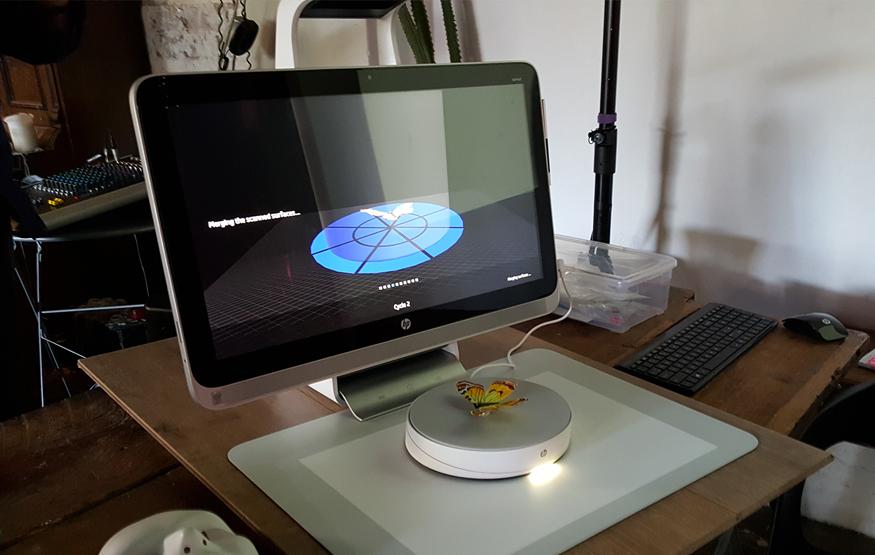 HP has announced the local availability of Sprout, and an all-in-one PC kitted out with unique additions including a projector, scanner, and 3D camera. The company describes the combination of these features as "blended reality", allowing users to scan in three-dimensional real world objects and manipulate them on the PC.

HP's Director of Personal Systems for the South Pacific region Paul Gracey says the company believes Sprout "will transform the way in which creative types work".

"Sprout is the first release of HP's blended reality strategy and is the first step on our mission to deliver truly immersive experiences," said Gracey. "The innovative and unique 3D capture solution allows users to easily capture an object in 3D that can then be further modified, shared, and printed."

While Sprout's form-factor is very similar to a traditional all-in-one PC, is has a number of unique inclusions. The most prominent are a touch canvas, the "Illuminator", and a stylus. While the stylus is fairly traditional, the touch canvas and Illuminator are the two key facilitators of HP's idea of blended reality.

The touch canvas is a large 20-inch mat that sits underneath the Sprout. It functions as a large touchscreen, and can even be used as a second monitor.