HP takes on Apple for title of world’s thinnest laptop 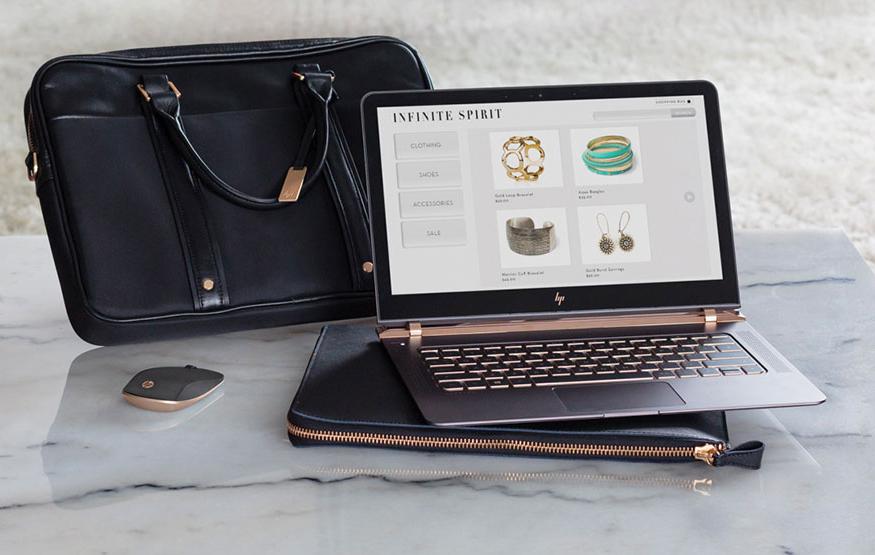 HP has bested the likes of Apple, ASUS and Dell for the title of world's thinnest laptop with its newly unveiled Spectre 13 ultrabook. The 13-inch machine is just 10.4mm thick, shaving off almost 3mm from Apple's latest 12-inch MacBook. Apple does however win when it comes to weight; the HP Spectre 13 weighs 1.1kg, while the MacBook is slightly lighter at 920g.

Despite its small stature, HP has still managed to squeeze reasonably high-end components into the Spectre 13's ultrathin body. Impressively, the Spectre 13 is powered by a choice of Intel Core i5 or Core i7 processor. Similarly thin devices such as the MacBook and ASUS' ZenBook typically rely on the somewhat more restrained Core M chipset.

Other specifications include a 1080p display, up to 512GB of storage, 8GB of RAM, three USB Type-C ports, and up to nine hours of battery life. Much like with the MacBook, traditional connectors such as HDMI, SD, and USB 3.0 have been abandoned in the pursuit of thinness.

Previous Post HTC One X9 comes to Vodafone next week ahead of retail launch in May
Next Post A new hope? Microsoft courts iOS developers with free cross-platform software