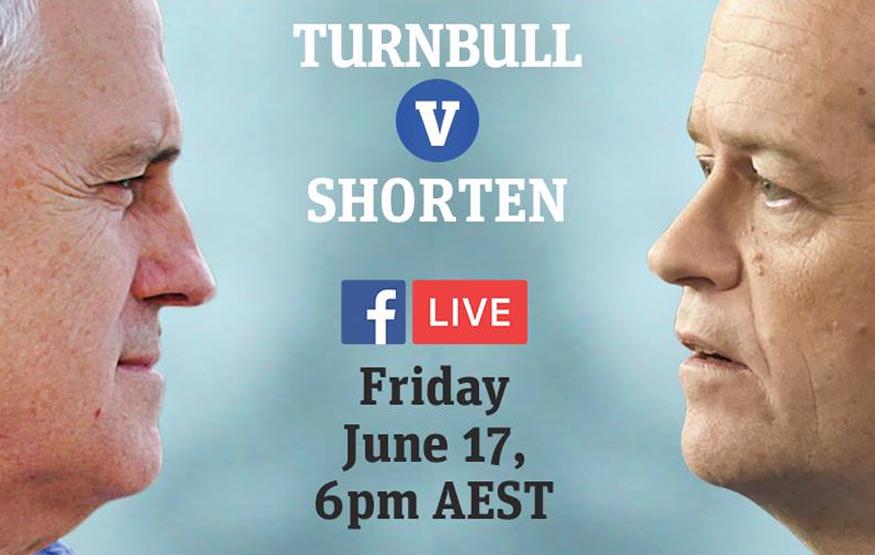 Facebook will livestream Australia's first online Leaders' Debate at 6pm AEST today through its newly launched Facebook Live platform. Australians who want to tune in and see Malcolm Turnbull and Bill Shorten avoid answering questions and rehashing scripted talking points (at least, based on how the last debate went down) in a somewhat different format will be able to so via the News.com.au Facebook page. The debate will also be viewable on Facebook's own Facebook page.

Users can view the debate through their web browser, and through Facebook's suite of smartphone and tablet apps. Depending on what quality the debate is streamed at, viewers can expect to burn through between 0.25GB (standard definition) and 3GB (high definition) per hour (based on streaming data usage figures provided by Netflix and YouTube, Facebook hasn’t officially commented on how much data Facebook Live uses).

Facebook Live was launched in April, allowsing users to broadcast video in real time, and see reactions and comments from their audience.

Previous Post Get free Wi-Fi through Telstra Air until Monday
Next Post This week on CyberShack TV: 18/06/16