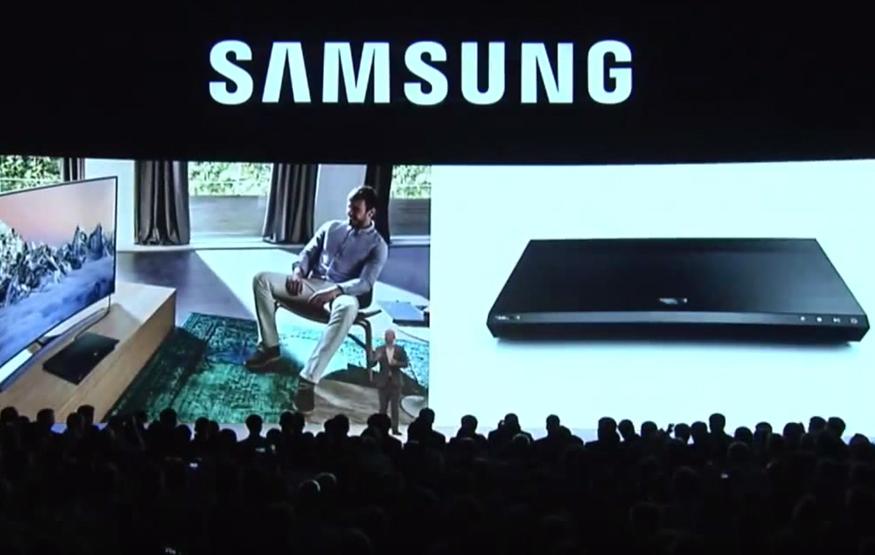 UHD Blu-Ray discs will be available in capacities of up to 100GB – double that of existing Blu-Ray standard. In addition to supporting higher resolution video, the new standard allows support for 10-bit colour; Samsung says this results in 64 times more colour expression than a standard Blu-Ray. Users will require a wide-colour gamut TV (such as one in Samsung’s SUHD family) to see this additional "expression".

The new UHD Blu-Ray standard also adds supports for frame rates of up to 60 FPS, and new audio formats such as Dolby Atmos.

Kingsman will be the first movie available on UHD Blu-Ray.

The UBD-K8500 is backwards compatible with existing Blu-Ray discs, and doubles as upscaller. Samsung says the player will also work as a smart hub (presumably powered by the same Tizen operating system as its 2015 TVs), and will be able to upscale non-4K content from services such as Netflix.

Internationally, Samsung says it will price the UBD-K8500 at less than USD$500. It is expected to be available in the first quarter of 2016, alongside the first UHD Blu-Ray discs.