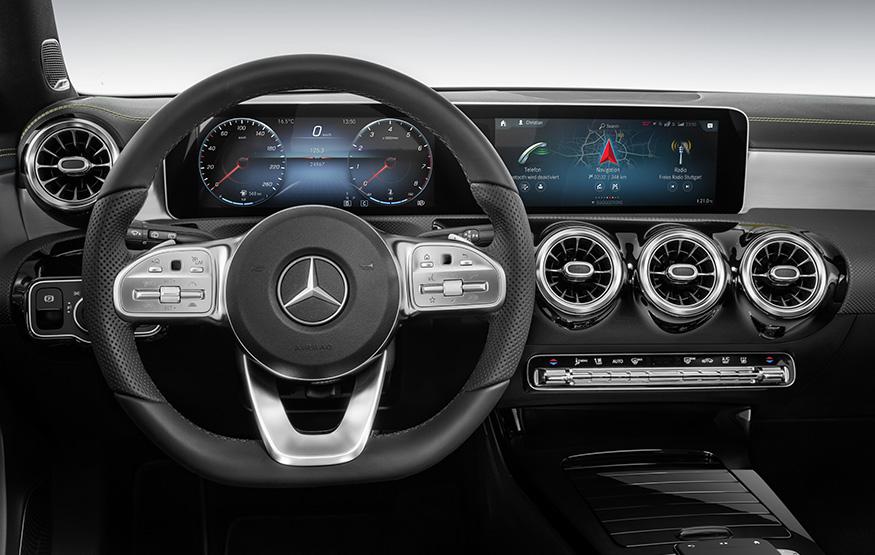 While other car manufacturers are busy integrating Amazon’s Alexa or Google Assistant into their cars, Mercedes-Benz has chosen to develop an entirely new system for its infotainment experience.

The Mercedes-Benz User Experience system, or MBUX for short, is a newly designed multimedia system for forthcoming Mercedes vehicles starting with the 2018 A-Class. Mercedes says the system is designed to create “an emotional connection between the vehicle, driver and passengers”.

An intelligent voice assistant is included and is activated with the keywords “Hey Mercedes”. Zac Estrada at The Verge reports that the system can recognise indirect speech. On a test drive of the new A-Class the driver said, “Hey Mercedes, I’m too cold,” and the car adjusted the temperature up a few degrees in response. This is an improvement over most voice recognition systems in cars over the past few years which require specific phrases to activate functionality. Much of the interior functionality will be possible to control with natural language voice commands, and other information like weather and news will also be accessible from the assistant.

The voice assistant is also capable of learning language from its users, and vary its dialogue accordingly thanks to a cloud system which can evaluate input and choose appropriate responses. The system works with both the on-board computer and distant servers, meaning the voice assistant will have some functionality even without an internet connection.

MBUX comprises a series of touch sensitive controls – a widescreen touch sensitive display, a touchpad in the centre console and touch controls on the steering wheel. The touchpad can recognise handwriting, meaning users can enter addresses or phone numbers by simply drawing characters on the touchpad with their finger.

Mercedes’ maps are also developed in-house and use NVIDIA graphics acceleration to display a 3D representation of the car and its environment. The map display is enhanced with augmented reality technology by leveraging the front camera, for example arrows and house numbers are superimposed directly onto the image.

MBUX will come to production vehicles starting with the new Mercedes A-Class coming later this year.