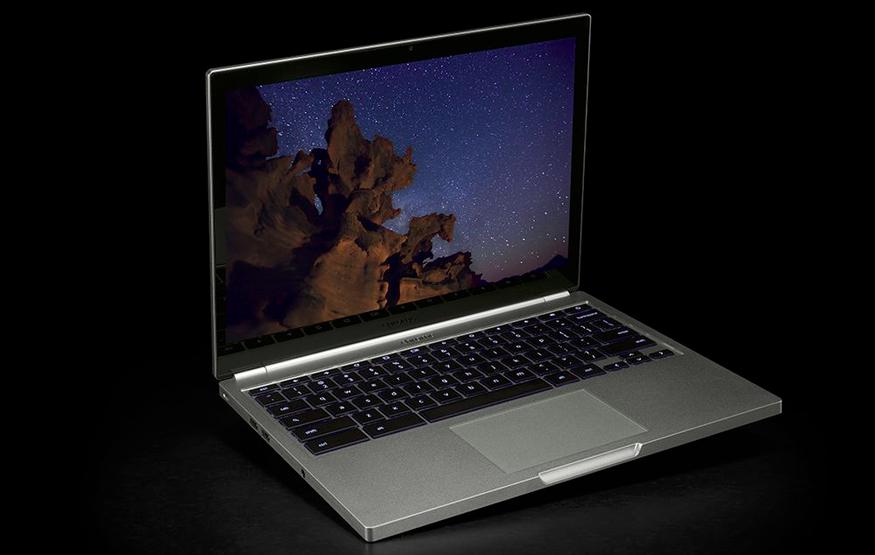 Google overnight announced a new model of the Chromebook Pixel, its flagship notebook. Powered by ChromeOS, the new base model pixel has an Intel Core i5 processor, 2560×1700 pixel 12.85-inch touchscreen, 8GB of RAM, 32GB SSD and a 12 hour battery life. In addition, the Pixel is one of the first notebooks to feature fast-charging; Google claims 15 minutes of charging will provide users with two hours of extra battery.

Much like the new MacBook, the new Pixel features a USB Type-C port – well, two. The Pixel's two USB Type-C ports can be used for charging the device, data transfer and connecting to an external display. Unlike Apple, Google has opted to also include two regular USB 3.0 ports. Google also confirmed that future Android smartphones (presumably referring to its Nexus family) will also feature USB Type-C ports.

The base Pixel retails for USD$999, and a souped up version featuring an Intel Core i7 processor, 16GB of RAM and a 64GB SSD is priced at USD$1299.

At this stage, it is uncertain whether the new Chromebook Pixel will get an Australia release; Google has yet to confirm any launch plans for markets other than America, and the original never made it to local shores. Regardless of whether or not the new Chromebook Pixel makes it to Australia, it demonstrates manufacturers' eagerness to support the USB Type-C standard.