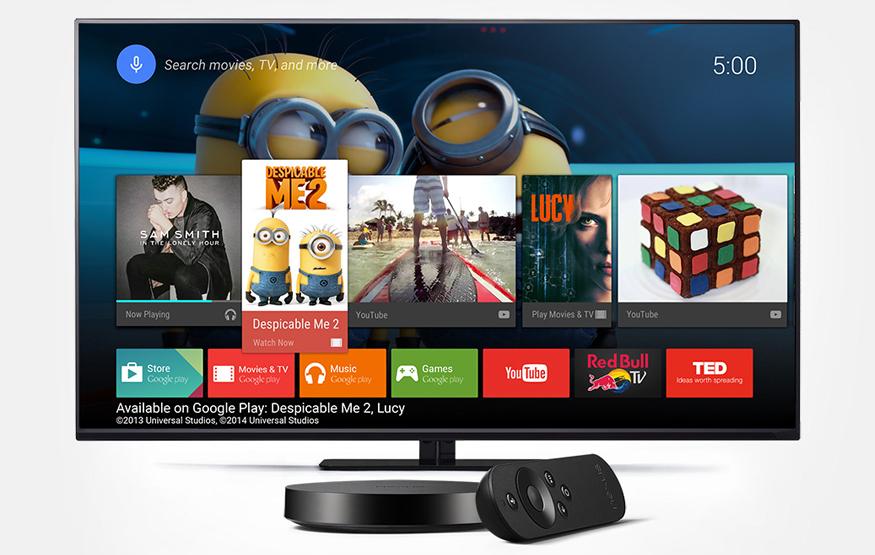 Google yesterday announced that Australians will be able to purchase its first Android TV device – the ASUS-built Nexus Player – from Tuesday next week.

The Nexus Player is a disc-shaped media box that gives users access to video streaming, apps and games on their televisions. Customers can use the Google Play Store to rent or purchase movies, television shows and music, as well as access media through apps such as Netflix and Pandora. Content syncs across Android devices allowing users to start playing a game or watching a movie on the TV and continue it later on a compatible smartphone or tablet.

The Nexus Player also includes a remote control with built-in voice search functionality, which can be used for tasks such as browsing their media libraries and searching for YouTube videos.

The remote itself can be used to control simple games, but an on optional wireless gamepad is available for those who want something closer to a traditional console experience.

Much like a Chromecast, the Nexus Player lets customers beam content from a device to their TV. Supported products include Android and iOS smartphones and tablets, Mac or Windows laptops and Google Chromebooks.

The Nexus Player will retail for AUD$129, with the compatible gamepad priced at AUD$49. Both will be available through JB Hi-Fi and Dick Smith.

Previous Post Hands on with the new MacBook
Next Post Doxxing, swatting and the new trends in online harassment