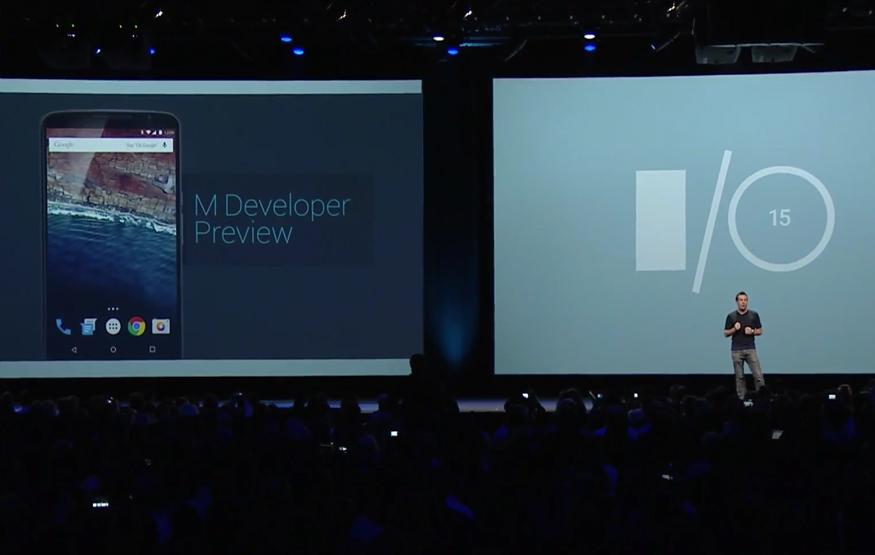 Google overnight announced Android M, the latest version if its smartphone operating system. While Lollipop was a feature-packed release that also overhauled Android's visual appearance, M is about refinement rather than revolution.

Now on Tap is arguably M's most impressing feature; a context-sensitive version of Google Now that can be launched from anywhere with a long press of the home button. Now on Tap is able to "read" what is happening in an app and provide relevant information. For example, if a user received an email in regards to Pitch Perfect 2, firing up Now on Tap will display a card with relevant information such as a link to the film's IMDB page.

One of M's key new additions is a feature called Doze. After an Android device is left inactive for a certain period of time, it will put itself into a deep sleep. While it will still be able to receive new notifications and sound alarms in real time, apps will dial down the frequency at which they check for new information in the background. Google says that this will potentially double the standby time of Android M devices when compared to Lollipop.

Also on the power front, M devices will also support charging via USB Type-C, the reversible connector found on Apple's latest MacBook. Google says this could make charging up to four times faster.

M will offer a new approach to permissions management; users will be able to individually select which permissions to grant apps, rather than needing to give a blanket approval on install as they do at the moment. For example, if an application needs to use the device's camera, it won't ask for permission until the user tries to take a photo.

Other smaller features coming to M include integrated fingerprint reader support, a revamped version of Google Wallet dubbed Android Pay, and the ability for developers to build Chrome tabs right into their applications.

While Google has yet to confirm a release date for Android M, it has made a developer preview available for the Nexus 5, Nexus 6 and Nexus 9.