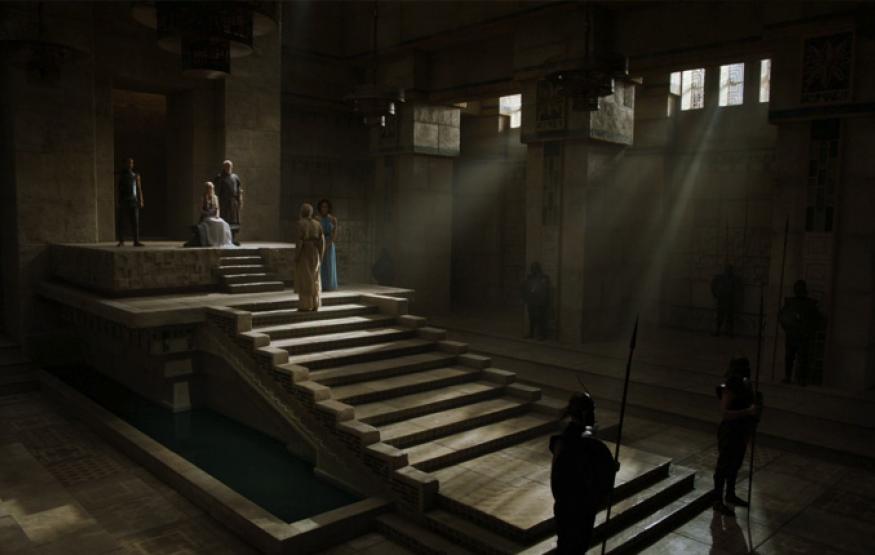 After last night's nail-biting season finale, Game of Thrones season four is now available for purchase from Google Play and Quickflix. Strangely, Apple are not selling the fourth season through its Australian iTunes storefront. There is speculation that Apple may be holding a grudge toward HBO over their exclusivity deal with Foxtel this season.

After last night's nail-biting season finale, Game of Thrones season four is now available for purchase from Google Play and Quickflix. Strangely, Apple are not selling the fourth season through its Australian iTunes storefront. There is speculation that Apple may be holding a grudge toward HBO over their exclusivity deal with Foxtel this season. While Apple were previously able to sell individual episodes almost immediately after they aired in the US, Foxtel made a controversial deal with HBO that locked rivals out from selling the show until the entire season had finished airing. As such, the only timely and legitimate way to watch Game of Thrones in Australia was with a Foxtel subscription. For comparison, three months of Foxtel costs $105, while Apple was selling the prior seasons of the show for $34. This is approximately a 300% increase in price.

As such, Game of Thrones has featured heavily in the Australian piracy debate. In an open letter to Mumbrella, Foxtel Director of Corporate Affairs Bryce Meagher criticised viewers for illegally downloading episodes as they aired, and compared to it to "stealing a Ferrari". Meagher said that while the pricing difference is a "few dollars", "some people still feel they should be entitled to take this show for free without the consent of its creators".

Attorney-General George Brandis declared Australia "the worst offender" in the world when it comes to piracy. Brandis also revealed the government is actively investigating options to hamper online piracy. Details of a "graduated response scheme" were revealed in emails obtained under the (Freedom of Information Act) between the Department of Communications and the Attorney-General's office. Such a scheme would result in repeat infringers facing harsher penalties, increasing from warnings to fines to internet disconnection.

Steve Dalby, Chief Regulatory Officer at iiNet, criticised the Government's proposed graduated response scheme: "they expect ISPs to pay for the infringement notice process, resulting in increased charges for our customers, even those who subscribe to legal sources of content". "This ‘graduated response’ has been tried in countries including the US, France, New Zealand, Taiwan, South Korea and the UK and delivering an ominous lack of evidence that this response does anything to curtail piracy or lead to increased sales". Dalby also compared Foxtel's offering to extortion. "Australians want their content at the same time as the rest of the world," said Dalby, "without having to pay through the nose to access it".

While Foxtel may have gained some extra subscribers through having exclusive rights to Game of Thrones, it is almost certain that piracy numbers increased as well. Whether HBO and Foxtel will retain their exclusivity arrangement for the show's fifth season remains to be seen. However, the wait until season five is guaranteed to be excruciating.