Fox Sports Now On Foxtel For Xbox 360 And Internet TV

FOX SPORTS 1, 2, 3 and Speed are now available on Foxtel on Xbox 360, Foxtel on Internet TV service or through a connected Samsung Smart TV.

FOX SPORTS 1, 2, 3 and Speed are now available on Foxtel on Xbox 360, Foxtel on Internet TV service or through a connected Samsung Smart TV.

The four new channels will be added to the existing sports channels which include the dedicated AFL channel, FOOTY PLAY, ESPN, ESPN 2, Eurosport and Fuel TV. Moreover, the new premium Sports package will showcase two of the biggest sporting events of the year, namely: The Ashes and the British and Irish Lions Rugby Tour LIVE, and five live matches each full round of the NRL Telstra Premiership and LIVE coverage of every match in the 2013 Super Rugby season.

Programs for soccer fans will also be available such as the Hyundai A-League, Barclays Premier League and the Soccerroos hitting the business end of their World Cup qualification campaign for Brazil 2014.

There will also be an array of Live sport from around the globe for fans to watch such as the Australian Cricket tour of India; all four tennis grand slams, every Golf Major; the USPGA Tour, the European and LPGA Tours and the NBA from the US.

Motorsport fans on the other hand will be able to follow the current seasons of NASCAR featuring Marcos Ambrose, the Superbike World Championship featuring Mark Aitchison or the IZOD Indycar series, all live on Speed.

Lastly, customers will still continue to see eight games live in every full round of the 2013 Toyota AFL Premiership Season, and up to five games every full round with no ad breaks. Footy Play will also offer magazine programs like After The Bound, AFL 360, On The Couch, AFL Insider, League Teams, EMT Eddie McGuire Tonight and Open Mike.

The Sports package will now be streamlined as one package for $30 per month and will be available when a customer subscribes to the Get Started Package, with a total minimum monthly spend of $49.50. And since all three Fox Sports channels are now available, the Sports Play channel will now be removed. 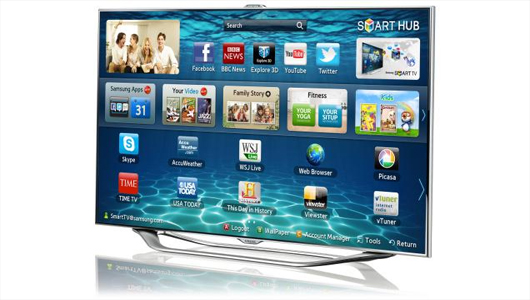 Foxtel on Internet TV is also available across Australia, but you do need a compatible Samsung Smart TV and a broadband internet connection to download the Foxtel App. Customers should also note that this service is available in Standard Definition only and is delivered over the internet to residential customers. Moreover, customers should check with their ISP to discuss how this service may affect their internet usage.