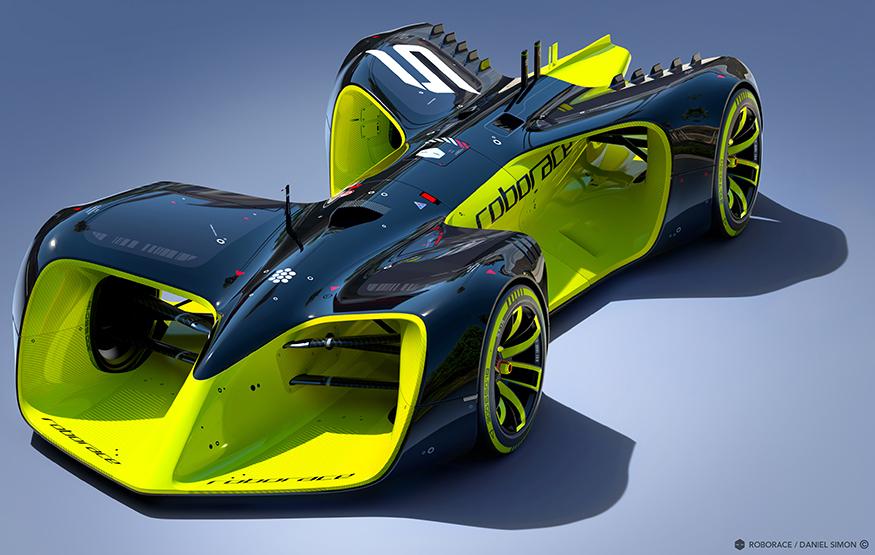 Computer-controlled race cars might seem like something out of a video game, but next season’s Formula E series will feature just such a car. Formula E is an FIA championship featuring fully electric cars.

The AI controlled cars will race at 10 tracks around the world in the Roborace championship.

The Robocars will use identical mechanics, but each team will produce their own software for their car. The competition will come from whose algorithms are best optimised for the track.

Daniel Simon was named as the chief design officer for the Robocar, and is a former designer for Bugatti and Lotus. Simon is no stranger to sci-fi designs, having worked on Tron: Legacy and Oblivion, and it shows in the new race car; the design features an iconic shape that wasn’t possible in cars that have a driver.

“My goal was to create a vehicle that takes full advantage of the unusual opportunities of having no driver without ever compromising on beauty,” said Simon. “Racing engineers and aerodynamicists have worked with me from the beginning to strike that balance.”

Denis Sverdlov, CEO of Roborace, believes that the competition will spark innovation in electric cars.

“I passionately believe that the future of cars is about software; driverless, electric and connected and Roborace will help to make that a reality,” said Sverdlov.

The first Roborace events will take place in the next Formula E season, starting later this year. This will mark the third season of Formula E, but the first to feature computer-controlled competitors.