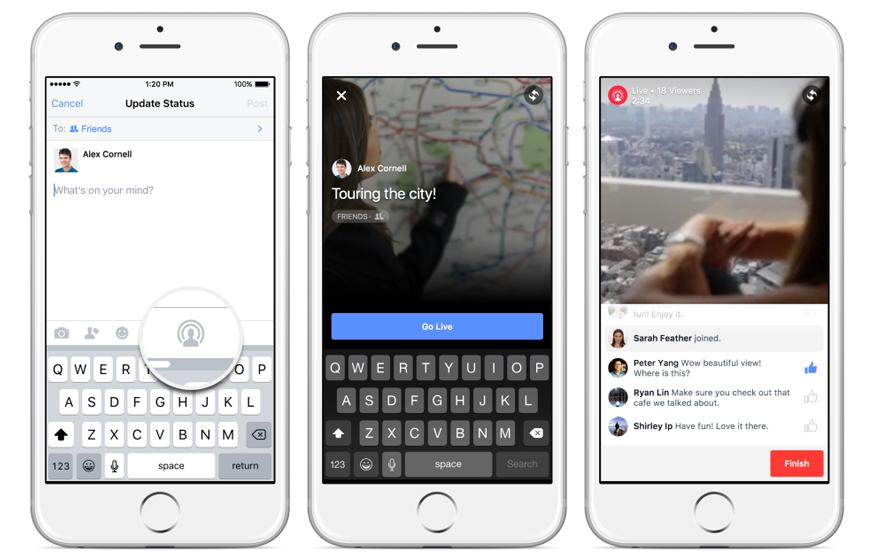 Facebook is taking on Twitter's live streaming app Periscope with a brand new feature called Live Video, allowing users to create real-time broadcasts using their smartphone's camera. While Live Video was first unveiled months ago, Facebook has taken its time rolling out the feature. At first, it was only available to celebrities and verified users.

Facebook gave "regular" users in the United States access to Live Video at the end of January, and the feature is now starting to pop up all around the world. CyberShack was able to access Live Video locally.

If a user already has access to Live Video, they can start streaming by tapping the Status button in the Facebook app, and choosing the last icon in the row above the keyboard. After a user finishes live streaming, their video will stay on their timeline (it can, however, be deleted after). As with most other content shared on Facebook, users able to choose whether their live stream is viewable by the public, their friends, or only a select list of people.

At present, Live Video is only available through Facebook's iOS app. The Android app should be getting the feature "soon". While only iOS users can currently broadcast video, the stream can be viewed by users on other platforms (including via web browser on a desktop PC).

Periscope, Facebook Live Video's biggest competitor, announced that it had signed up 10 million users just four months after it launched. At the time, Periscope was seeing the equivalent of 40 years of video watched per day.

Apple named Periscope its app of the year for 2015.