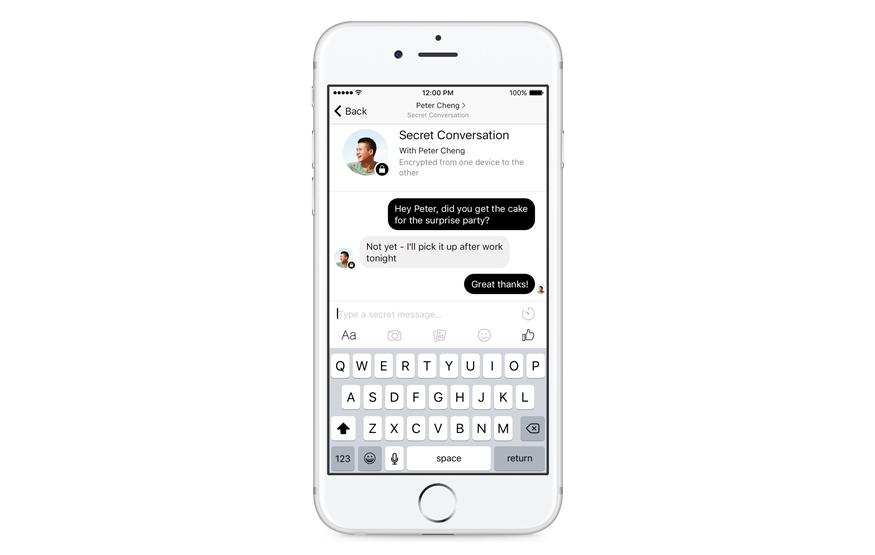 Facebook has commenced testing a new "secret" messaging feature that allows users to start end-to-end encrypted conversations with one another. This means that the messages one sends won't be visible to anyone but the person they are intended for; technically speaking, not even Facebook will be able to snoop on a user's conversations. Secret conversations can also be set to self-destruct after a certain amount of time passes.

Secret messages are based on a protocol called Signal, created by not-for-profit Open Whisper Systems, which is also used in WhatsApp, and the Signal standalone app.

At launch, secret conversations will be opt-in. Users will have to pick one of their Facebook Messenger devices, which will become the only smartphone, tablet or computer that they can send or read encrypted messages on. End-to-end encryption requires a unique "secret key" be stored on both the sender and recipient's devices. At present, Facebook isn't able to securely share it between multiple devices.

Facebook suggests people might want to make use of secret conversations for discussing private information like an illness, planning a surprise party, or sharing financial information with an accountant (is anyone actually Facebook friends with their accountant?). While secret messages will be encrypted as they go through Facebook's servers and can be set to self-destruct, it’s worth remembering that whoever's on the other end can still take a screenshot, for example.

Facebook's secret conversations are only available on a "limited test basis" at the moment, but the social network is planning a wide launch for late winter or early spring.

Previous Post Classic RPG Final Fantasy VII now available on Android
Next Post How much data does Pokémon Go use?