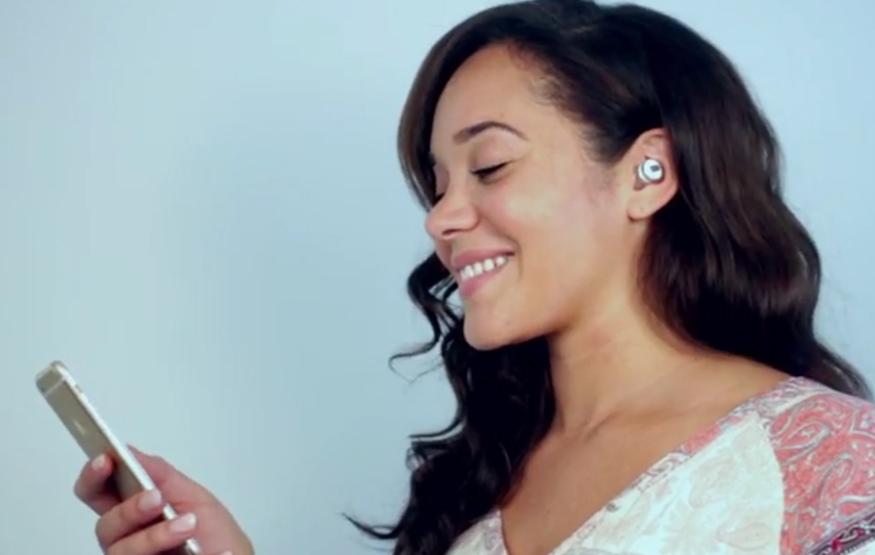 Weighing in at just 3.5g and measuring 13mm in width, Dot is the world's smallest Bluetooth headset. The tiny wireless earbud is designed to be so small that It "virtually disappears" into a user's ear.

Dot's small size does however mean that the unit only has enough battery life for a single hour of music playback, or an hour a half of talk time.  In order to address this, each Dot will include a portable charger that has the capacity to take the headset back to full as many as six times. Recharging Dot from flat is said to take half an hour.

Dot will be available in two configurations: Dot MONO – a single earbud, and Dot STEREO – a linked pair designed to act as wireless headphones.

Dot is being crowd-funded via Kickstarter, and has already met its USD$30,000 funding goal. At time of writing, the campaign has had 1840 backers contribute over USD$169,000 to the project. It will run for another 28 days.

Backers can "pre-order" the Dot MONO for USD$69 and the Dot STEREO for USD$89. These are both expected to ship before the end of 2015. Postage to Australia is an additional USD$29.

Dot is compatible with iOS, Android and Windows Phone devices.