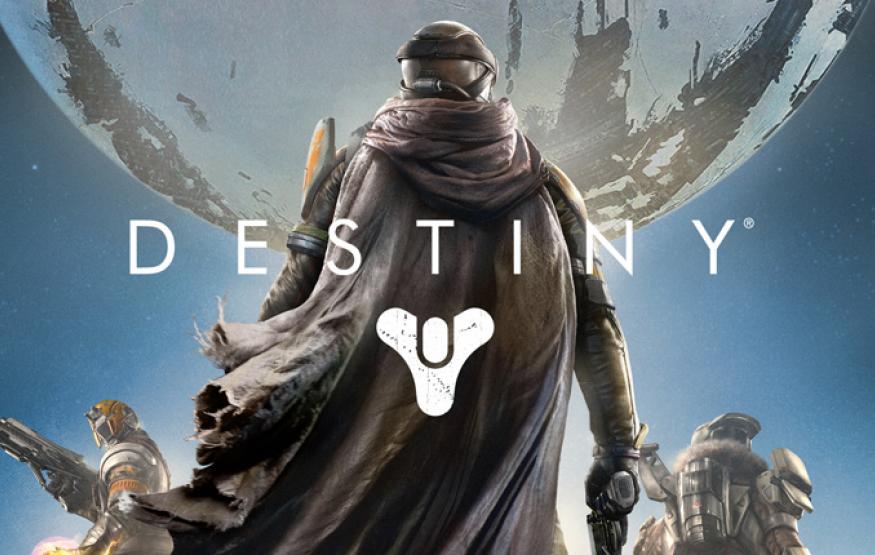 I was lucky enough to get a sneak peak of the Destiny beta yesterday courtesy of Sony and Activision, and it's pretty fantastic! I was able to play through the campaign's prologue mission, a bit of the second, and fit in two rounds of multiplayer.

I was lucky enough to get a sneak peak of the Destiny beta yesterday courtesy of Sony and Activision, and it's pretty fantastic! I was able to play through the campaign's prologue mission, a bit of the second, and fit in two rounds of multiplayer.

Destiny, made by ex-Halo developer Bungie, is a hybrid between a first person shooter and a roleplaying game, not unlike Borderlands. Despite the inclusion of traditional RPG elements such as levelling, abilities and equipment, the gunplay in Destiny still feels responsive and tight. When compared to Borderlands, I'd say Destiny sits much closer to the FPS end of the spectrum. RPG elements are still quite prominent though; enemies have health bars and when you shoot them, little floating numbers representing your damage appears. Headshots aren't a one hit kill either, they just increase your damage output (at least in single player).

The prologue mission was somewhat conventional, following a fairly linear corridor structure, but enjoyable nonetheless; there were some great firefights and very cool set pieces. It definitely succeeds in terms of establishing a (tense) mood. The second mission focused a bit more on exploration, and I must say, Destiny's world looks spectacular. While I didn't get far on the second mission, I'm really eager to get back into it now that the beta's live. I especially looking forward to spending some more time with the character creator, which seems to allow a lot of customisation. Also, I can confirm that Peter Dinklage's now infamous voice acting is sounding much better. While I'm not sure if the lines have been re-recorded yet, they've been processed to make him sound more robotic and less deadpan.

Player versus player (PVP) multiplayer was fast-paced and fun, but I definitely need to spend a bit more time with it. I wasn't able to try a 6 versus 6 match, which appears to the maximum game size, so was a bit hard to get a sense of pacing. The mode I tried was a fairly standard base capture scenario, where players contest three different points on the map. I much prefer this style of gameplay to simple death-matches, so I quite enjoyed the rounds. I played on two different maps, one a jungle ruin, the other on the moon. The gravity varied between the two maps, which was a nice touch. Multiplayer seem to make use of your campaign hero, who has to hit level five before you can participate. I didn't end up having the time to try any Player versus Enemy co-operative gameplay.

Overall, Destiny is shaping up really well, and could certainly be one of the first defining next-generation titles. I'll be spending some more time with the beta over the coming days, and will be sure to report back with some proper first impressions!

The Destiny beta is out now for PlayStation 3 and 4 users lucky enough to have a key; gamers on the Xbox 360 or Xbox One will have to wait until July 24.

We’ve got a spare beta key to give away! Simply share either of these two posts for a chance to win! We’ll send it out around 5pm today

We've got a spare Destiny beta key at @CyberShack HQ, so we're giving it away! RT for your chance to win! #DestinyBeta #DestinyBetaKey