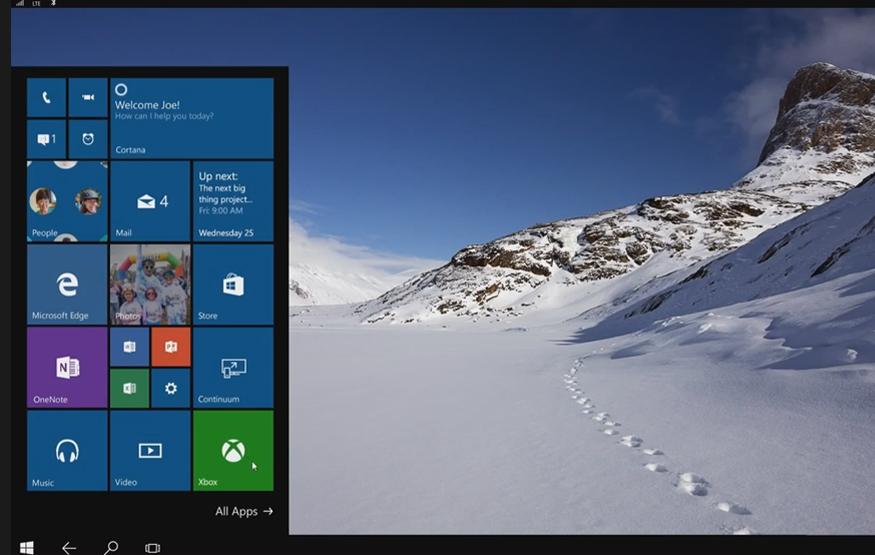 Microsoft today announced Continuum for Phones, a new Windows 10 feature that will allow Windows 10 smartphones to transform into desktop PCs when connected to a monitor. Compatible applications will automatically adapt to screen they're running on, allowing users to use software such as the Office suite in a traditional desktop view.

"What we're trying to show here today with Continuum is our unique vision for phones, and enabling them to scale up to a full PC-like experience," said Microsoft Corporate Vice President of Operating Systems Joe Belfiore.  "Imagine the effect this could have on mobile first countries, where individuals could be as a productive with the phone that they're buying if they can't buy a full PC."

During its Build 2015 keynote, Belfiore demonstrated the feature with PowerPoint, Outlook and Excel, controlling the apps with a Bluetooth mouse and keyboard.

Users will be able to continue using their smartphone as a second screen while Continuum is running, and can even copy data from an app on their phone such as Messaging to desktop apps.

Smartphones will require specialised hardware to support Continuum; as such, existing Windows Phone 8.1 devices won't support the feature when upgraded to Windows 10.