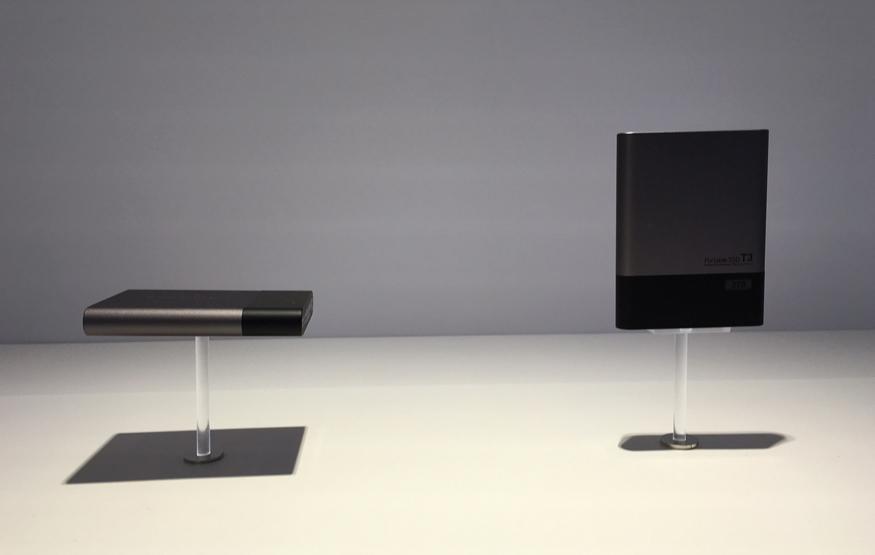 Samsung at CES 2016 unveiled the T3 portable solid state drive, an updated version of the T1 it brought to Australia in May last year.

Like its predecessor, the T3 offers high speed, high capacity storage in a small form factor; the drive measures 74 by 58 x 10.5mm, and weighs 51g. While the T3 is 20g heavier than the T1, Samsung has traded in the plastic aesthetic of last year's device for a shock resistant metal, drop-proof to heights of up to two metres.

The T3 SSD boasts transfer speeds of up to 450MB per second, identical those offered by T1. When testing the T1 SSD, CyberShack was able to verify these claims via a disk speed test.

Samsung has yet to confirm local pricing and availability.