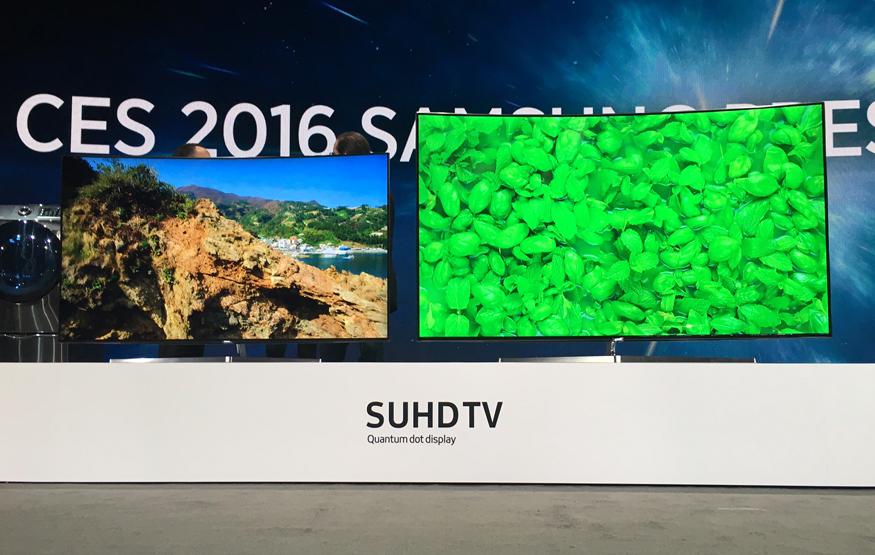 "Quantum dot is an advanced optical technology that converts light into nearly any colour in the visible spectrum without distortion or compromising the brightness level, delivering the optimum viewing experience for consumers, regardless of the lighting environment," said Samsung Electronics Executive Vice President Joe Stinziano.

Stinziano's comments were a clear slight towards LG's range of OLED TVs, which also feature 10-bit panels and provide similar benefits in terms of contrast and colour accuracy. While Samsung's approach still utilises a backlight, LG's OLED TVs forsake for this for self-lighting pixels which can be illuminated on a case-by-case basis. Pixel-by-pixel lighting eliminates light bleed and "haloing" however is not as bright as backlight driven displays. This means that OLED panels tend to be more susceptible to glare than SUHD TVs which can stay bright even when there is plenty of ambient light about.

As with LG's OLED TVs, Samsung's SUHD TVs are able to display up to 1 billion colours. Samsung's new "Ultra Black" technology is said to further reduce light reflection and glare.