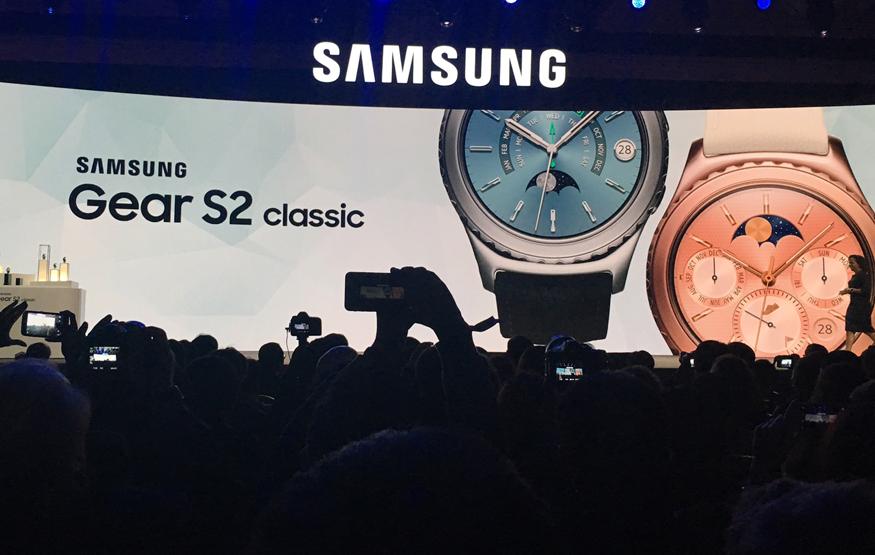 While Samsung glossed over the Gear S2's upcoming iOS compatibility during its press conference, precedent suggests certain functionality will be more limited with paired with one of Apple's devices. When Android Wear and Pebble smartwatches are used with an iPhone, users lose functionality such as responding to text messages on the device.

The company has partnered with designers and artists such as Colombo, Keith Haring, Jean-Michael Basquiat, Jeremyville, and Burton Morris for a new range of straps and watch faces.