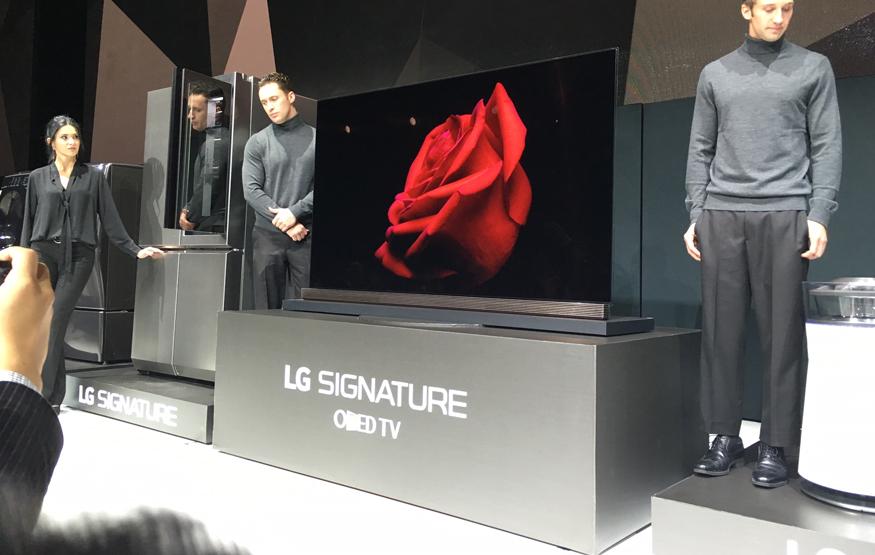 "It's quite literally a panel on glass," said LG Vice President of Marketing David VanderWaal.

According to VanderWall, LG's much-lauded OLED technology has allowed the company to achieve the staggeringly thin build.

Unlike a more traditional television, OLED panels don't require a backlight. Instead, each pixel is lit up on a case by case basis, allowing for higher contrast imagery, "perfect black" and greater colour accuracy. In case of the Signature OLED, VanderWaal said it can display over a billion unique colours.

"Only OLED can show the brightest whites and the darkest shadows."