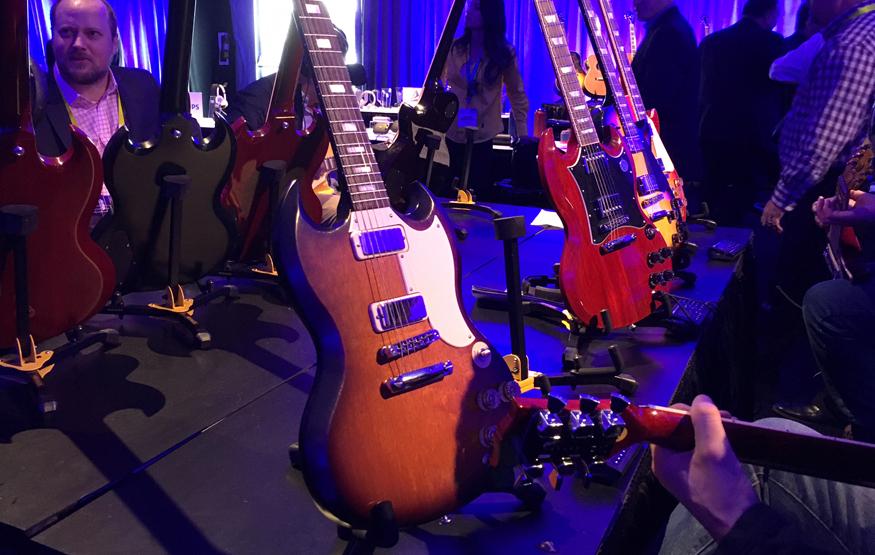 Gibson isn't necessarily a brand people associate with gadgets, but its 2016 line of guitars are packing some pretty impressive technology behind the neck.

The 2016 family of American-made "High Performance" guitars all feature a new and improved self-tuning mechanism. Gibson product specialist Christopher Oliphant told CyberShack that the new tuners are much faster and more reliable than the 2015 version of the technology.

"We finally feel like this is the year this has all come together," said Oliphant.

The tuner has 12 presets out of the box for more conventional alternate tunings such as drop D and D standard, but also allows users to create six customisable presets. If a guitar player wants to tune their guitar to tunings such as Drop A# or Open C, these presets can be set to these.

After the tuner is used, it turns itself off to avoid interfering with a guitarist's playing. Guitarists still have the option to tune manually.

In terms of battery life, Gibson's 2016 tuning mechanism can tune a guitar approximately 100 times per charge. The battery itself can go from flat to full in an hour.

"This is still something that's relatively new," said Oliphant. "We introduced [self-tuning technology] in 2015, improved it in 2016, and it's gaining a lot of it interest."

Oliphant added that Gibson see self-tuning guitars as perfect for live performances. With them, guitars are able to quickly tune and re-tune while keeping their volume down, and without the need for multiple instruments when touring.