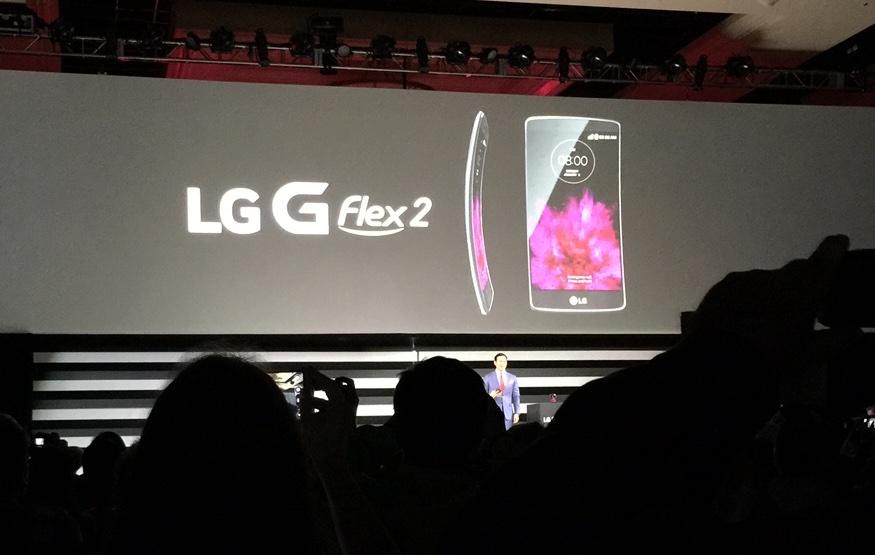 LG today announced the LG G Flex 2, a 5.5-inch smartphone that's actually designed to bend. Boasting not just one curve, but four curves of different angles, LG claim the form-factor not only makes the G Flex 2 stand out, but easier to both hold and use.

The G Flex 2 is the first smartphone to be announced featuring the brand new Qualcomm Snapdragon 810 octo-core processor clocked at 2GHz. Other specifications include a 5.5-inch 1080p screen, 2GB of RAM, a 13 megapixel rear camera with laser autofocus and optical image stabilisation and a 2.1 megapixel front-facing camera. The G Flex 2 will ship with Android 5.0 and feature a 3000mAh battery that can be recharged to 50% in approximately 40 minutes.

LG claims that the flexible form factor makes the G Flex 2 more resistant to impact, and increases shock absorption. In addition, the screen has been strengthened using what the company call a Dual Guard Glass cover and the scratch resistant back can recover from scuffs in as little as ten seconds. As a result of this, LG claims that the G Flex 2 is up to 30% more durable than the average smartphone.

The G Flex 2 will be available in 16GB and 32GB varieties and come in a choice of a platinum silver of flamenco red. LG did not specify pricing or a release date other than "soon".