Buy an app, help save the planet 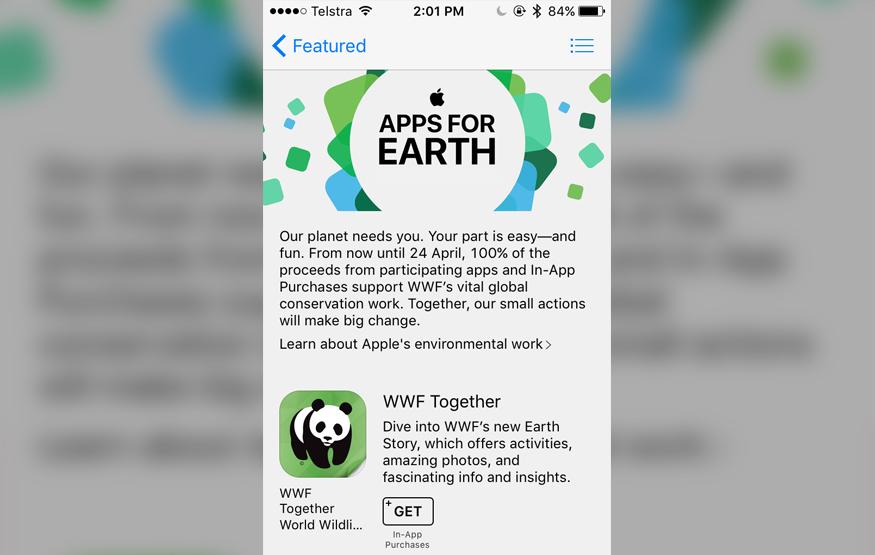 Apple is partnering with the World Wildlife Fund and 27 app developers to raise money to assist with the conservation of forests, oceans, fresh water, and wildlife. Dubbed Apps for Earth, the campaign highlights 27 different apps ranging from Hearthstone to Candy Crush Soda Safa to Yoga Studio. Each app has received a content update in the lead up to Earth Day (April 22), and all proceeds from purchasing the app (or select in-app purchases, in the case of free to download apps) will go to the World Wildlife Fund.

Apps for Earth will run until April 25.

The Apps for Earth promotion follows Apple's iPhone SE launch event, where the company doubled down on its commitment to the environment. In addition to unveiling an iPhone recycling robot called Liam, Apple announced that in 2015, 93% of its energy usage came from renewable sources.