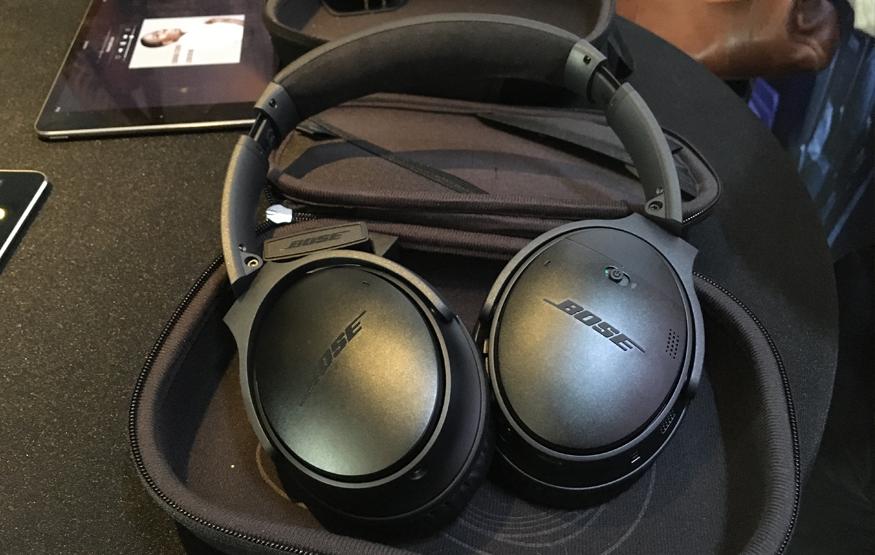 The QC35 is an over-ear pair of noise-cancelling headphones. When wireless connectivity is switched on, Bose says the QC35 offers 20 hours of playback. This doubles to 40 hours when used as a wired headphone (with noise-cancelling switched on). Whereas past Bose QC headphones relied on a AAA battery, the QC35 has an integrated battery that charges via micro USB. A cord is included for in-flight usage, and for when the headphones go flat.

While the QC35 shares its physical appearance with the QC25, Bose says the new headphones offer improved sound quality thanks to what its calling "volume optimised EQ". Essentially, music sounds consistently "good" regardless of listening level. Headphones can often struggle to reproduce high and lower frequencies at lower volumes, which can result in a murkier sound.

In addition to improved sound quality and boosted battery life, the QC35 also has an integrated in-ear-cup microphone for phone calls. When placing calls using the QC35, the microphones filter out background noise, in much the same way the active noise-cancelling does. Bose says this ensures clear audio for the party on the other end of a call, even in noisy environments.

Bose is taking pre-orders for the QC35 ahead of a June 15 launch. The headphones retail for AUD$499. Bose will continue to range the QC25 as a wired over-ear noise-cancelling option, at the current asking price of AUD$399.