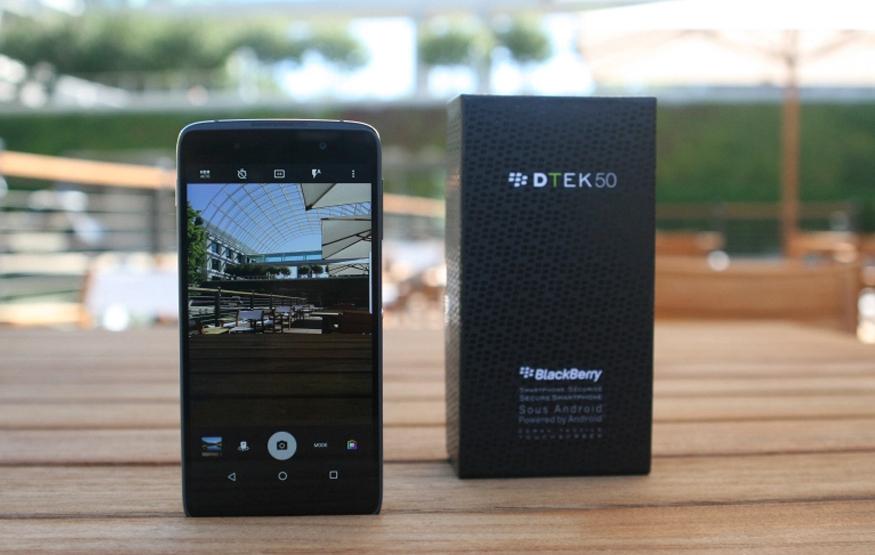 BlackBerry might be down, but it's certainly not out; the old school smartphone manufacturer today announced its second Android handset – the DTEK50 – a midrange device designed for business market. While BlackBerry's first Android smartphone – the PRIV – was a BlackBerry through-and-through thanks to the slide-out physical keyboard, the DTEK50 is a bit more of a conventional touchscreen only device.

Instead, BlackBerry is hoping to sell the phone based on its security and privacy credentials.

"You wouldn’t put money in a bank that didn’t lock its safe, or leave the doors of your home unlocked at night," said BlackBerry on its official blog. "Having a smartphone that doesn’t take your privacy seriously is the equivalent. Therein lies the problem with the majority of Android phones – they don’t. "At BlackBerry, security has always been in our blood, and privacy has always been a priority. That’s why DTEK50, the newest touchscreen-based addition to our secure Android line, puts how you share the details of your private life – pictures, locations, texts, and more – entirely under your control."

BlackBerry says its revamped Android with a number of security focused feature at both the software and hardware level, and is faster at deploying security updates than other Android smartphone manufacturers.

Internationally, the DTEK50 will sell for USD$299. Local pricing and availability have yet to be confirmed, but a direct conversion would see the phone priced at around AUD$400 (before GST and any potential "Australia Tax").