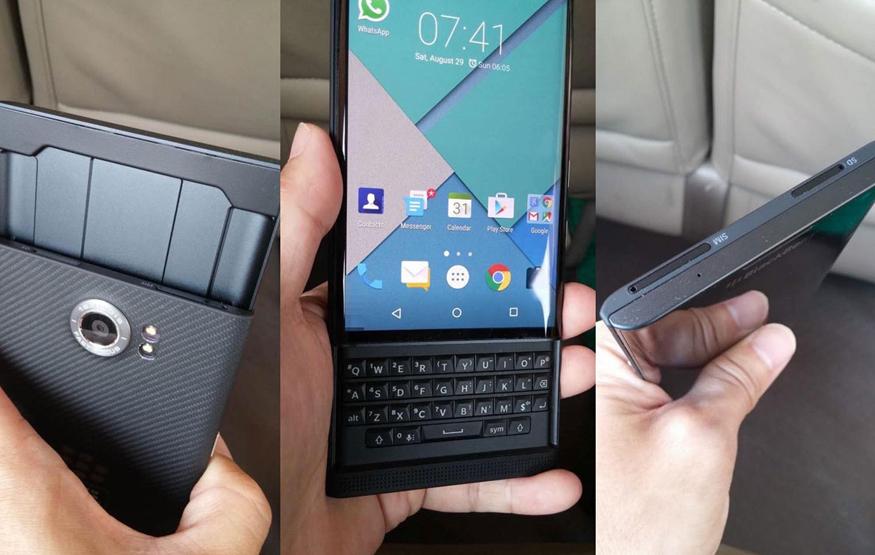 Months of rumours, speculation and leaks suggest that BlackBerry is building its first Android-powered smartphone. While alleged renders of the device – codenamed "Venice" – have previously made their way online, the first wild images of BlackBerry's new phone appeared on Facebook over the weekend.

BlackBerry might be ready to abandon its own operating system, but its trademark physical keyboard isn't going away. The leaked images show a slide-out keyboard hidden away under Venice's touchscreen. The screen itself is a dual-curved display, similar to the one found on Samsung's Galaxy S6 Edge. The leaks also seemingly confirm that Venice will have expandable storage and a rear camera with optical image stabilisation.

There's been some contention in regards to other hardware specifications, but the latest rumours suggest that Venice will feature a 5.4-inch Quad HD display, a six-core Snapdragon 808 processor, and 3GB of RAM.

Prolific leaker Evan Blass expects the BlackBerry Venice to be available from November in the United States.