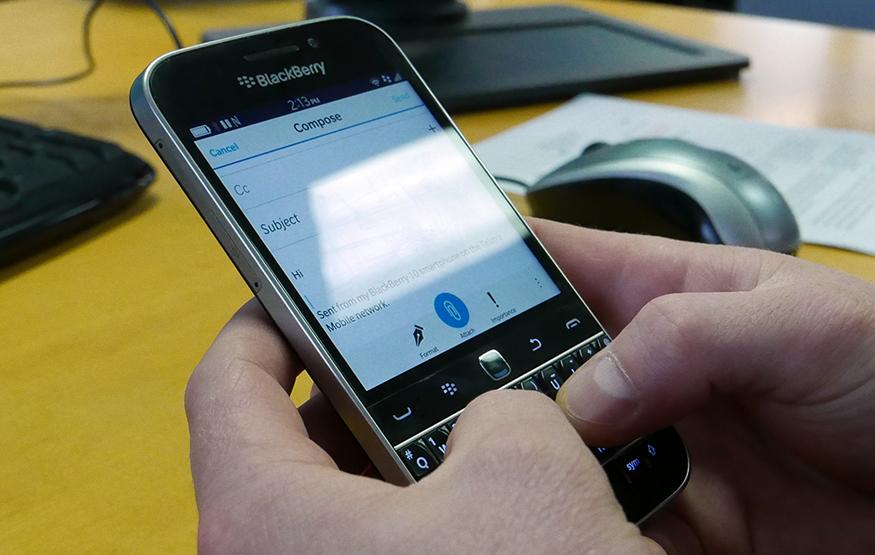 BlackBerry is discontinuing the BlackBerry Classic, a throwback smartphone the company released in 2014 after experimentations with odd form factors and touchscreens didn't quite work out. While the company says its still committed to the BlackBerry 10 operating system (and will continue to provide software updates), the Classic is the only smartphone BlackBerry has released running its own software since 2014.

More recently, BlackBerry has begun experimenting with Android as an operating system for its phones. This resulted in the launch of the PRIV, a touchscreen Android handset with a slide-out physical keyboard. While the Priv runs Android, BlackBerry says it's shored up security through a number of modifications including an app that monitors which applications access the camera, microphone, and user data; thousands of changes to the Linux kernel; and hardware based cryptographic keys.

"The Classic has long surpassed the average lifespan for a smartphone in today’s market," wrote Chief Operating Officer Ralph Pini on BlackBerry's official blog. "We are ready for this change so we can give our customers something better — entrenched in our legacy in security and pedigree in making the most productive smartphones."

While we may still see another smartphone or two running BlackBerry's in-house operating system, Android is almost certainly BlackBerry's future. Rumours suggest that company has at least three new Android smartphones in the pipeline for this year. When you consider the fact that Samsung's relatively obscure Tizen-based smartphones have a higher market share than BlackBerry 10, this makes a lot of sense. Doubly so thanks to Facebook axing BlackBerry 10 support for both itself and WhatsApp.

So if you're still clinging to the Classic, it might be time to act like Kim Kardashian and scour eBay for any remaining stock. Or you know, just get an iPhone.