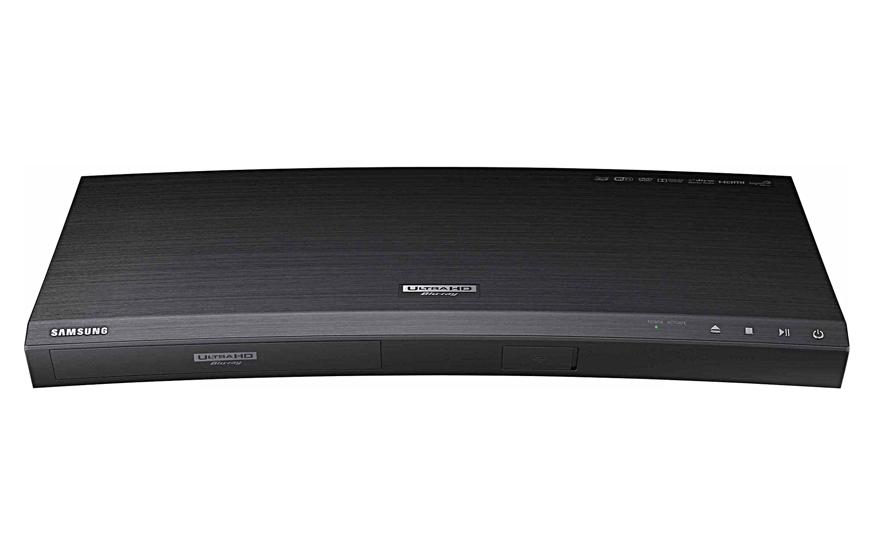 Samsung's UBD-K8500 4K Ultra High Definition (UHD) Blu-Ray player is now on sale locally, making it the first device of its kind to be available on Australian shores.

The UBD-K8500's claim to fame is that it can play back UHD Blu-Ray, a new disc-based standard that facilitates higher resolution video, and support for 10-bit colour and high dynamic range (HDR) content. While UHD Blu-Ray discs offer up much greater colour expression than a standard Blu-Ray, users require a wide-colour gamut TV (ideally, one that supports the HDR10 standard) to get the most out of this functionality. Any 4K TV will still be able to playback 4K Blu-Ray through the UBD-K8500 – it just might not be as colourful.

"How many households can actually stream 4K?" said Howe. "With a 4K Blu-Ray player, anyone with a 4K TV can watch 4K movies regardless of bandwidth."

The UBD-K8500 can also playback regular Blu-Ray, DVDs, and CDs.

A small range of 4K UHD Blu-Ray discs are already available locally, priced around AUD$50 a pop for new release titles. These include Kingsman: The Secret Service, The Martian, X-Men: Days of Future Past, and Life of Pi. So far, all available UHD Blu-Ray discs are bundled with a regular Blu-Ray and digital download code as a bonus.

Samsung's announcement follows news that Panasonic will bring its own 4K UHD Blu-Ray player to Australia in September. Panasonic's player will likely come in at a steeper asking price of around AUD$1,000, but offers a number of features intended for high-end audio enthusiasts.