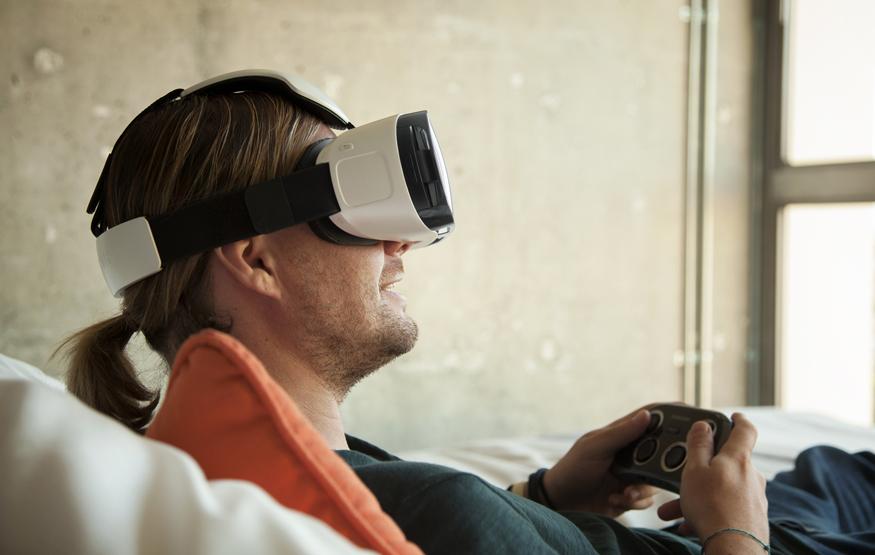 Samsung's Gear VR headset is now available for purchase via the company's Australian online store following months of delay. The Gear VR is Samsung's Galaxy Note 4 powered virtual reality headset, co-developed with Oculus. The headset will not function without a docked Note 4, and is not compatible with the Note Edge or any of Samsung's other currently available phones.

During Samsung's 2015 CES press conference, the company said it was commited to bringing Gear VR owners daily content through partners such as Red Bull, Mountain Dew and the NBA. In addition, Skybound Entertainment, the producers of The Walking Dead, are creating an exclusive virtual reality mystery / thriller exclusively for the Gear VR. However, Samsung has not yet confirmed whether this content will be available for Australian users.

The headset's availability follows Samsung's announcement that it will make the Gear VR available in Qantas' Sydney and Melbourne first lounges from mid-February and on in the first class cabin on select flights between Sydney and Los Angeles from mid-March.

Samsung's virtual reality headset retails for AUD$249, but the code NGEAR10 can be used for a 10% discount for customers purchasing a Gear VR and Galaxy Note 4 in the same transaction.