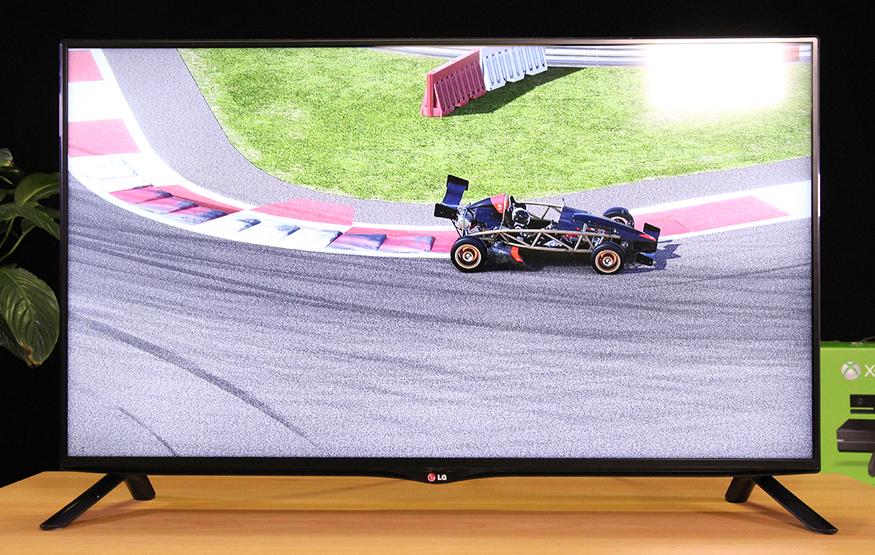 While manufacturers such as TCL and Kogan have offered sub-AUD$1000 Ultra High Definition TVs for over a year now, LG is the first "big brand" to offer 4K at a triple digit price point. While the 40UB800T's 40-inch screen is quite conservative for 2015, the AUD$949 (which can actually go as low as AUD$700 at some retailers) display certainly offers bang for buck.

Design
The 40UB800T reveals its budget trappings through a fairly simple design. There's nothing unattractive about it, there's not much bezel, but it's not as minimal as LG's premium range, and it definitely looks much more plastic. Fortunately, the only time you'll ever notice this is when you're setting up the TV itself. LG has also opted for a two segment stand on this model. It's not necessarily a deal breaker, but it means the TV takes up more space; you can't just its sides overhang.

LG have bundled the 40UB800T with its Magic Remote, a motion-sensing Wiimote-like TV remote. It's a bit finicky when you put too much range between yourself and the TV, but you can also use the hardware buttons on it navigate the menu fairly effectively. The one down-side to the Magic Remote is there's no numbers, meaning changing channels takes a bit longer than usual.