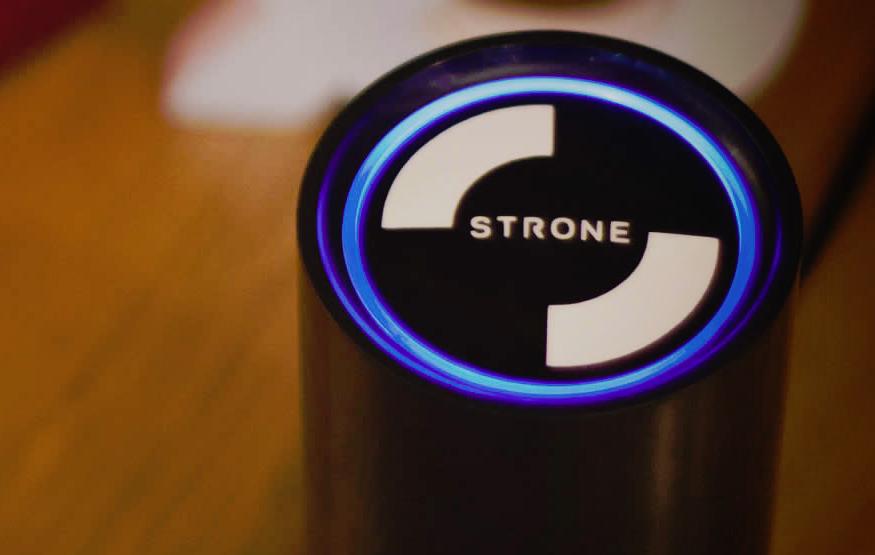 Strone Roam is pitched as a global roaming killer; it’s a small cylinder that accepts a SIM card and then uses an app to relays calls and messages to any iOS or Android smartphone with a Wi-Fi or data connection.

Strone Technology Founder and CEO Tas Tudor said the device is predominantly designed for international travellers who want to keep using their own number while overseas. Provided the receiving device is online, messages and calls can be relayed anywhere in the world without incurring any global roaming fees.

"People don't even need to know that you've left Australia."

Strone began taking pre-orders for the first wave of Roam devices earlier this year, and is currently in the process of testing them. Tudor said early buyers should receive them "very shortly". The Strone Roam models being sold through Indiegogo are identical to the ones being sent to early adopters, but manufactured on a larger scale.

"The Indiegogo campaign provides some certainty as to how many we need to build," Tudor told CyberShack, "from our perspective, it really helps the planning process – especially since we are only a small team."

Unlike a typical crowdfunding campaign, Tudor said that customers who back Strone aren't taking a risk on a product that hasn't been made yet – 250 completed Roam units are almost ready to be sent to existing customers. Instead Tudor sees the campaign as a way to foster international awareness.

"The great thing about crowdfunding is that you have a captive audience of people who will help businesses get off the ground."

Strone is hoping to crowdfund USD$50,000 through Indiegogo. At time of writing, the company has raised USD$3,000 over the course of the campaign's first two hours. The campaign uses a Flexible Funding model, meaning Strone will still receive all money raised if the USD$50,000 goal isn't met. As such, backers will also receive their units.

Strone is offering the Roam starting at USD$135 (approximately AUD$190). It aims to deliver the devices to backers in February next year.