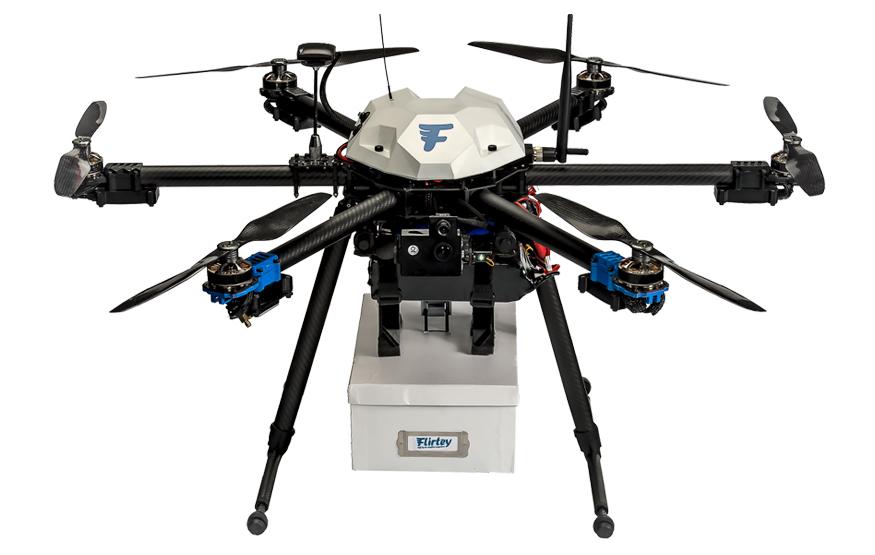 The FAA, the United States' regulatory body for airborne vehicles of all sizes, enacted new rules in February this year, requiring drone operators to maintain a visual line of sight with all unnamed vehicles. The new rules effectively banned deliveries such as the one conducted by Flirtey.

"This is a Kitty Hawk moment not just for Flirtey, but for the entire industry," said Flirtey CEO Matt Sweeny. "Proving that unmanned aircraft can deliver life-saving medicines is an important step toward a future where unmanned aircraft make routine autonomous deliveries of your everyday purchases."

"Drones delivery will be a regular part of the supply line, and also available upon demand for urgent applications or surging demand. Our vision is to revolutionise four industries with Flirtey's drone delivery service: humanitarian, courier delivery, fast food and online retail."

The news follows another successful trial conducted in New Zealand earlier this month, where Flirtey partnered with Fastway Couriers to deliver a small package of auto parts. The 2km trip was completed in five minutes, four times faster than the delivery would have taken by car, when taking congestion into account.

"Together with companies like Fastway, we have an opportunity to offer safe and reliable technology to turn drone delivery into a reality," said Sweeny.

In the short-to-mid-term, Sweeny believes drone delivery will likely be priced at a premium, but more cost effective than other forms of delivery when the technology is scaled up.

"Flirtey's drone delivery will continue to scale up incrementally as we prove its safety and utility, and we have taken a giant leap forward with our recent trials around the globe."

When CyberShack spoke with Sweeny last year, he noted that the different regulatory environment meant it could still be a while before commercial drone deliveries are seen in Australia. Locally, commercial drone pilots face similar restrictions to those imposed by the FAA in the United States. The most stringent of these is that pilots must maintain a line of sight when operating a drone.

When asked if local drone deliveries had been put on the backburner, Sweeny said that while Flirtey is still interested in the Australian market, the company's current focus is "conducting research and development in the United States, and commercial trials in New Zealand".