As Apple contemplates killing the headphone jack, Samsung gives the people what they want with the Note 7 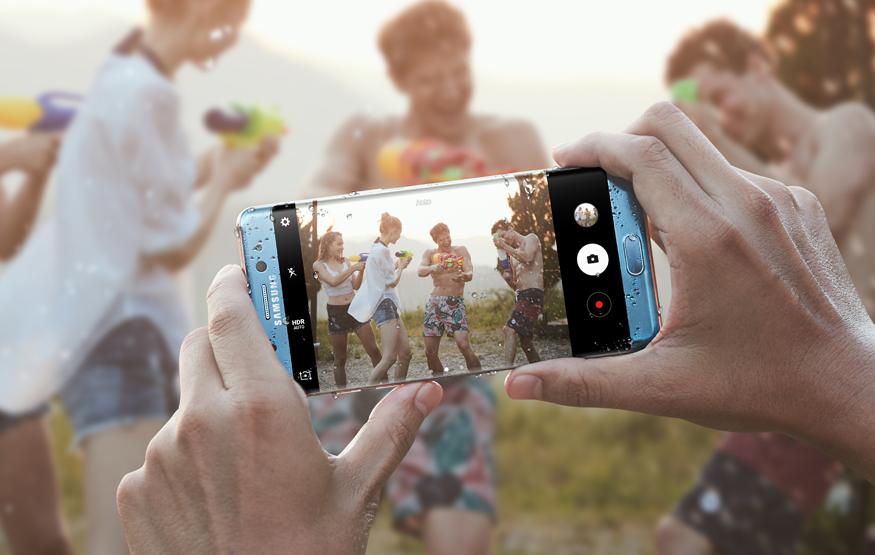 "Want to know what else it comes with? An audio jack," quipped marketing VP Justin Denison as Samsung took the wraps of its newly unveiled Galaxy Note 7. "I'm just saying."

Samsung and Apple have a habit of throwing shade at one another during key announcement launches, and the Note 7 launch was no exception. Mocking Apple's apparent decision to kill headphone jack on the next iPhone is an easy joke, but it also exemplifies the vastly different philosophies behind each company.

Simply put, Samsung is trying its best to give the people what they want, while Apple is betting that people will come to love what it builds.

There's merit to both approaches; we might have never seen the iPhone if Apple listened to what people want. Even after the iPhone was announced, red flags were raised over the lack of a physical keyboard. While a physical keyboard on smartphone seems oddly anachronistic today (sorry BlackBerry), many doubted Apple's touchscreen only vision. As an early adopter of smartphones, I certainly had my fair share of concerns over Apple's decision, but the hour or so iPhone unveiling went on to shape the next decade of phone design. In the words of Henry Ford, "if I had asked people what they wanted, they would have said faster horses".

At the same time Samsung tried being Apple last year, and it didn't go great. With the Galaxy S6, it axed features it had become known for in favour of a pretty design. Water resistance, expandable storage, and a removable battery all went out of the window. While the S6 and S6 Edge were reasonably well received from a critical perspective, sales didn't quite meet the company's expectations. Of course, there's plenty of other reasons that can be attribute to S6's mixed results (underestimating the demand for the S6 Edge, a crowded Android marketplace) but the success of the S7 and S7 Edge paints a different feature.

On paper, the Galaxy S7 and Galaxy S7 Edge aren't too different from last year's S6 models. They share the same design, but they brought back two key features: water resistance and expandable storage. Improved battery life and a stunning camera have surely also helped, and as a result, Samsung was able to knock Apple from the number one spot in the US smartphone market for the first time since April last year.

While I can only speculate, focusing on these key strengths – water resistance, expandable storage, battery life, and camera quality – should result in healthy Note 7 sales for Samsung. Once again, it's addressing key concerns over last year's model. In Australia, only a 32GB variant (with no expandable storage) was available at launch, and battery life wasn't quite as good as it could have been.

Apple may like to do things its own way – and understandably so – it's also seen the benefits of listening to what its customer base wants. When Apple finally launched the big screen iPhone 6 and iPhone 6 Plus, it saw record breaking sales and had its biggest quarter ever, recording a net profit of USD$18 billion.

If Apple is actually killing the headphone jack on the next iPhone, it's betting that people either won't care, will opt for an older model, or will begrudgingly update anyway. And for all we know, the decision to move to Lightning-based headphones could have its benefits too. Maybe there'll be room for a little bit of extra battery somewhere? Maybe some feature we haven't thought of yet? Maybe it will just be a little bit thinner. But if Apple kills the headphone jack, it will inevitably face some resistance. With the Note 7, Samsung is trying its best to make a phone that people want to buy, with as few potential red flags as possible. Sometimes giving people what they want pays off, even if it is just a faster horse.

Previous Post CyberShack TV: A look at the Alcatel Pop 4
Next Post Australian on contract pricing for Samsung Galaxy Note 7