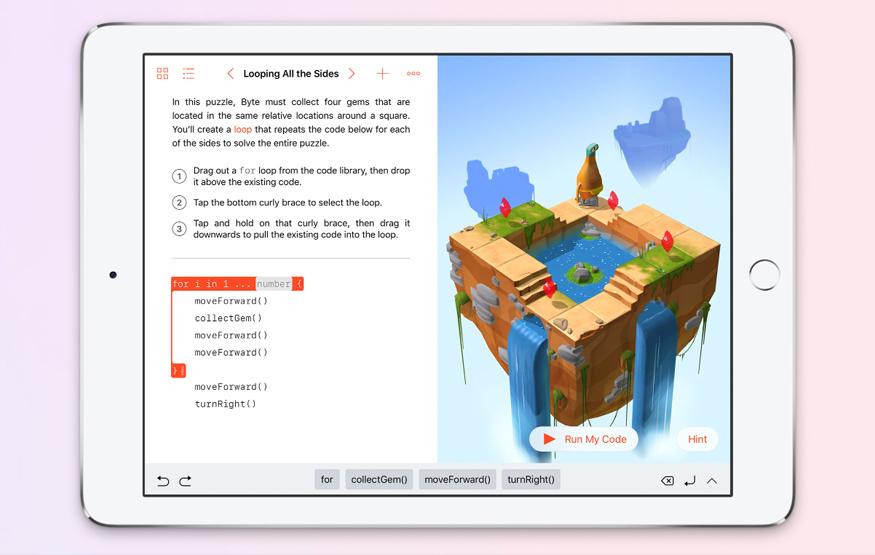 Swift Playgrounds uses a split-screen mode that will allow users to instantly see what their code changes. The iPad keyboard has also been rejigged to be more appropriate for coding. Swift Playgrounds projects can be exported to Xcode, Apple's full-fledged development sleep.

"We believe coding should be a required language in all schools, so to help make this the case, we're going to make Swift Playgrounds free," said Apple CEO Tim Cook when unveiling the app.

Of course, while Swift Playgrounds may be free, the programming language itself is intrinsically tied to Apple's ecosystem. When building in Swift, developers can only build apps for iOS, macOS, tvOS, and watchOS. While many programming languages are different in syntax, they share similar underlying theory and fundamentals, meaning skills learnt in Swift Playgrounds could be reused in other languages.