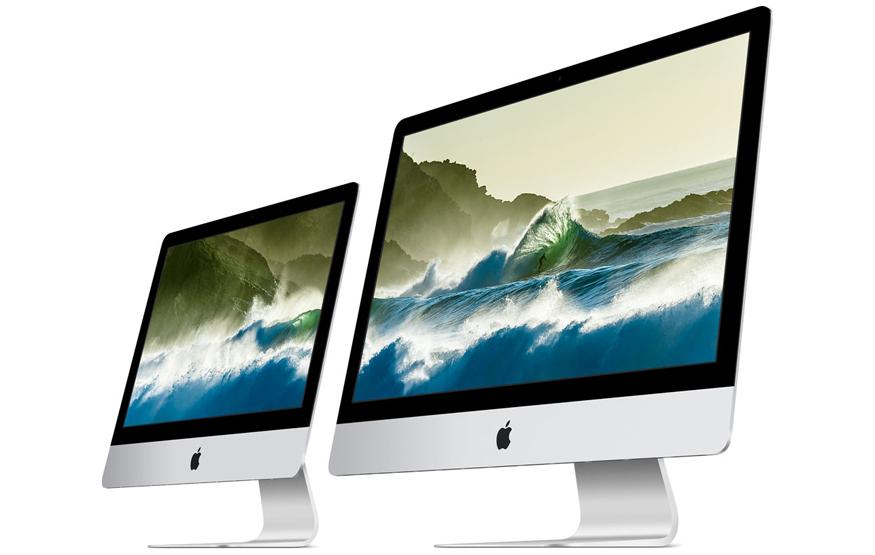 Apple overnight refreshed its family of iMac all-in-one devices, introducing a new 21.5-inch iMac with a 4K display, and kitting out the remainder of the line-up with new internals.

Users are able to upgrade the RAM and HDD of both models.

At the high-end, users can request a built-to-order 27-inch iMac that retails for AUD$6,479. This model includes a 4GHz quad-core sixth generation Intel Core i7 processor, 32GB of RAM, a 1TB solid state drive, and a AMD Radeon R9 M395X GPU with 4GB of VRAM.

All models are available to order now.

Tying in with the launch of the refreshed iMacs, Apple unveiled a new keyboard, mouse and trackpad. Respectively named the Magic Keyboard, Magic Mouse 2, and Magic Trackpad 2, all three eschew AA batteries for integrated batteries that can be recharged using a Lightning cable. Apple says the new accessories should last at least a month before needing to be topped up.