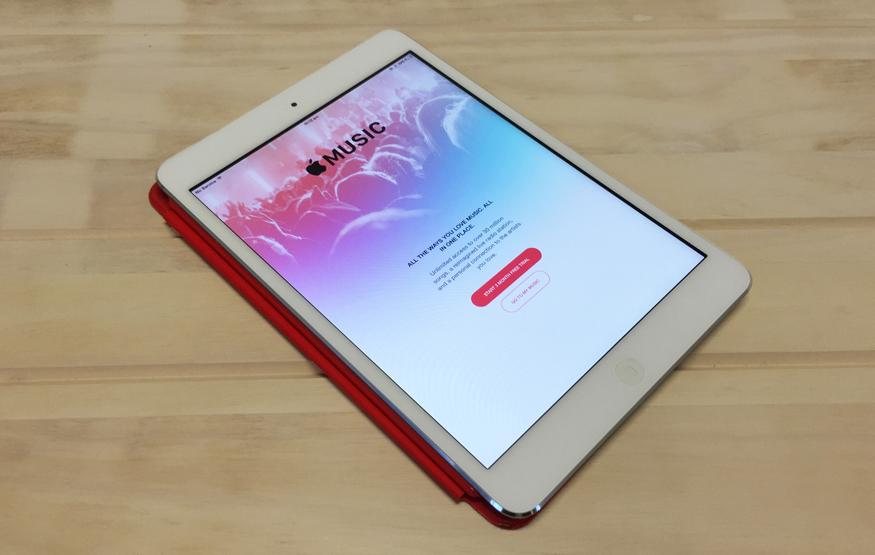 iPhone and iPad users can sign-up to Apple Music by upgrading their devices to iOS 8.4, the latest update to Apple's mobile operating system. Apple Music is also on available on PC and Mac via iTunes, and is enabled via the 12.2 update.

An Android Apple Music app will be made available later this year.

Much like competitors Spotify and Rdio, Apple Music has a catalogue of over 30 million songs. For music not on the service, subscribers have the option of uploading 25,000 of their own songs to iCloud, enabling them for streaming. This will be increase to 100,000 songs in September with the launch of iOS 9.

Apple Music is launching with a small number of streaming exclusives include Taylor Swift's latest album, 1989, Dr. Dre's The Chronic, and previously unreleased instrumental versions of Nine Inch Nails' The Fragile and With Teeth. In addition, AC/DC – one of streaming's biggest holdouts – is available on services including Apple Music, Rdio and Spotify as of today.

On top of typical music streaming functionality, Apple Music will focus on recommendations and discovery, providing users with suggestions based on their taste and listening history, all allegedly curated by "real people who love music".