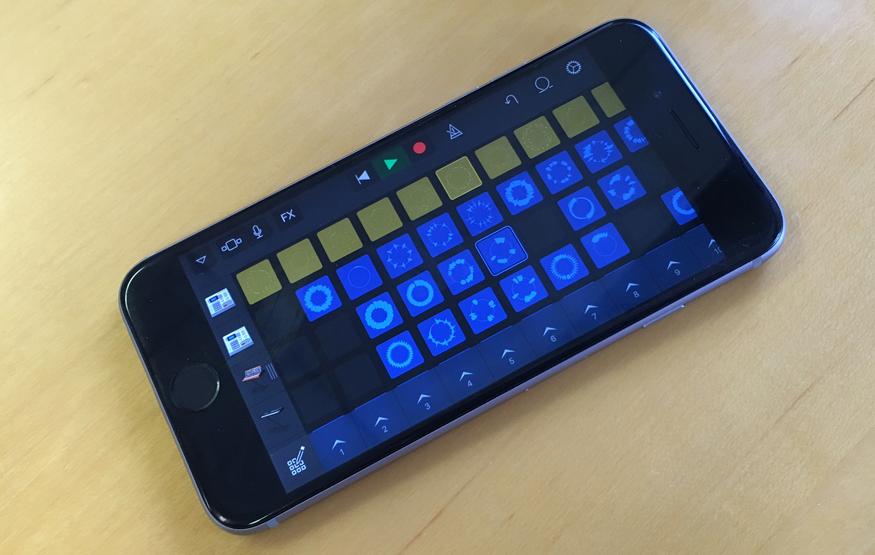 Apple today launched two new audio creation apps for iOS designed to make it easier for bedroom musicians to lay down beats, riffs, or even entire songs. The first is an updated version of GarageBand with a couple of big additions, and the second is an all new app called Music Memos.

The revamped mobile version of GarageBand – technically referred to as GarageBand 2.1 for iOS – adds in a new feature called Live Loops. Live Loops is a drum machine style interface designed to act as a digital version of DJ hardware.

Users are able to populate a grid with an extensive library of loops and samples, and then trigger them with a tap. Sample libraries cover genres including dubstep, electro funk, rock, hip hop, and EDM. Users are also able to add to this library through recording their own loops.

In addition to syncing samples to a tempo, users can alter their pitch, cut-off, and wave-form on the fly.

Live Loops compositions can be mixed with line-in guitar feed, virtual keyboards, or one of Garage Band's existing smart instruments.

GarageBand is now also optimised for the iPad Pro's larger screen, and for 3D Touch on the iPhone 6s and iPhone 6s Plus.

Getting my Skrillex on with Live Loops in the new Garage Band https://t.co/JHGGcTT0Ay

Music Memos, on the other hand, is an all new app specifically designed for recording snippets of music. Apple says it was inspired by music who were using the Voice Memos app to record audio doodles, and decided to take the idea to the next level.

In addition to allowing musicians to record, tag, and rate ideas, Music Memos is able to analyse and provide basic notation for acoustic guitar and piano, and add drums and a bassline to provide a basic backing band that matches the feel of a song or riff.

Music Memos syncs using iCloud, and ideas can be accessed through Garage Band or Logic on OS X.

GarageBand 2.1 and Music Memos are both available from the iOS App Store.