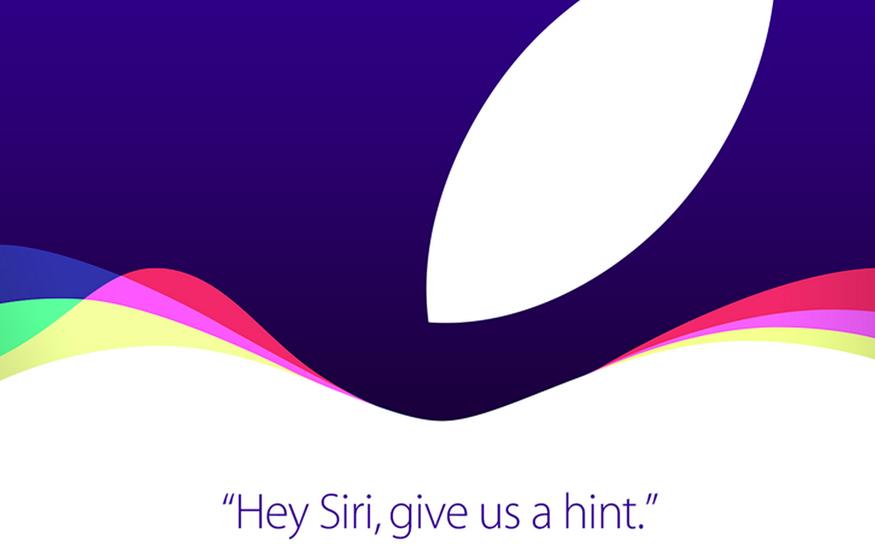 Apple has sent out invitations to a September 9 event in San Francisco where it will presumably announce the next generation of iPhones. Locally, the event will commence at 3am (AEST) on September 10.

Apple is expected to reveal the iPhone 6s and iPhone 6s Plus at the event. Rumours suggest an iOS-powered Apple TV and 12.9-inch iPad Pro could also be on the agenda. While Apple's latest iPhones won't be as big a step forward as last year's iPhone 6 and iPhone 6 Plus, the new models are expected to feature more RAM, a better camera, and a Force Touch display. First introduced with the Apple Watch, a Force Touch display can distinguish between a light tap, and hard, extended press.

The event's invitation features a typically cryptic message: "Hey Siri, give us a hint". This seemingly refers to the overhaul Siri will receive in iOS 9, and potentially alludes to an iOS-powered Apple TV. An iOS-powered Apple TV would likely feature its own version of Siri.

"Why don't you check a rumours blog? That's what I do."
"The only hint I can give you right now is a hint of lime. And that there's a big announcement on September 9."
"I can neither confirm nor deny that I am not authorised either to confirm or deny that I cannot disclose anything that you would then have to confirm. In any case, I would deny it. Got it?"

Read More: What we think we know about the next iPhone