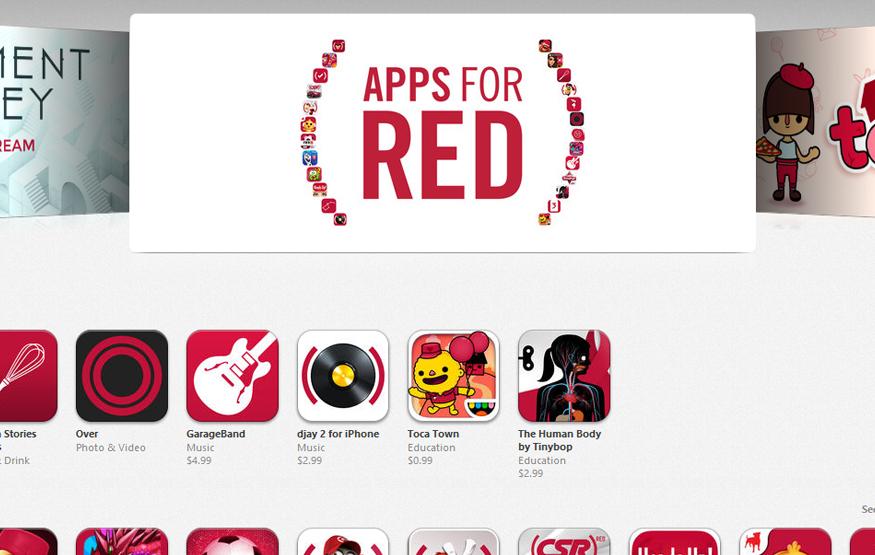 Apple has announced it will be supporting World AIDS Day with a special section in the iTunes App Store called Apps for (RED). Apps for (RED) will offer 25 apps with exclusive new content and all process will go directly to the Global Fund to fight AIDS.

Apps including Monument Valley, Angry Birds, Cut the Rope 2, Paper, Threes and GarageBand have all been updated with new content. This campaign will run until December 7. The complete list of apps can be found here.

"Apple is a proud supporter of (RED) because we believe the gift of life is the most important gift anyone can give," said Apple CEO Tim Cook. "For eight years, our customers have been helping fight AIDS in Africa by funding life-saving treatments which are having a profoundly positive impact. This year we are launching our biggest fundraising push yet with the participation of Apple’s retail and online stores, and some of the brightest minds in the App Store are lending their talents to the effort as well."

On December 1, World AIDS Day, Apple will contribute a portion of the proceeds from every product, accessory and gift card the company sells in both its only and retail outlets to the Global Fund to fight AIDS.