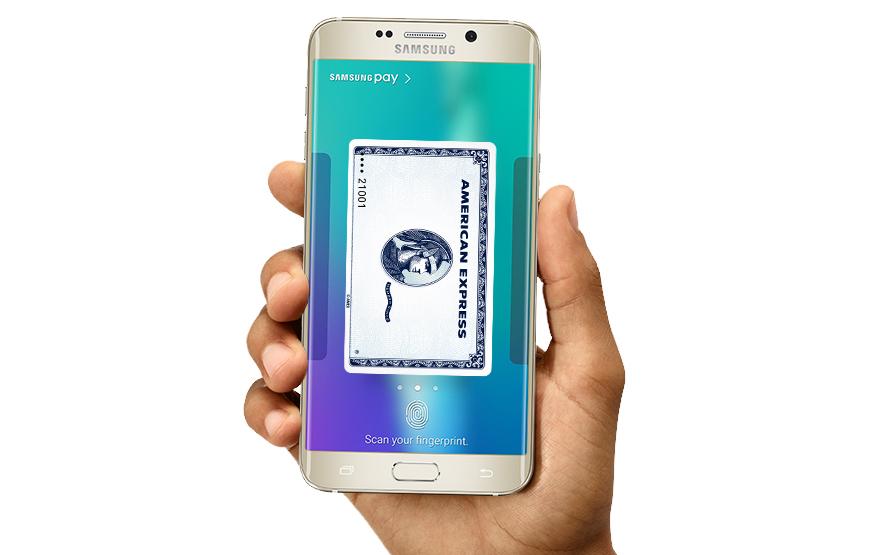 American Express is the first card issuer to commit to Samsung Pay – Samsung's take on a mobile-driven contactless payment solution – in Australia. Samsung has yet to set a date, but the company has confirmed that Samsung Pay will reach Australia this year.

While the majority of contactless payment solutions use payWave-style NFC technology, Samsung Pay also works with Magnetic Strip Transmission. This ensures compatibility with legacy card readers that don't support contactless payments, at least in the modern sense. Samsung Pay can also be used for online payments within apps and on the web.

As the name may suggest, Samsung Pay is exclusively available on the company's Android smartphones. At present, it's compatible with the newly announced Galaxy S7 and Galaxy S7 Edge, as well as Samsung's 2015 flagships: the S6, S6 Edge, S6 Edge+, and Note 5.

Samsung Pay has been available in South Korea since August last year, and in the United States since September.

"With Apple and Samsung making up the majority of the smartphone population in Australia, American Express is proud to be the only card issuer currently in the market to offer both Apple Pay, and soon Samsung Pay, options to our customers," said an American Express spokesperson. "It's important for us to be at the forefront of seamless and innovative payment solutions, as that’s what our customers want. We deliver that now with Apple Pay and we look forward to offering Samsung Pay in the future to our Personal, Corporate and Small Business Card Members."

While Samsung will be facing off against Apple Pay when it launches in Australia, Android Pay – Google's contactless solution – will almost certainly pose a much greater threat locally. Slated for launch in the first half of the year, Android Pay will work with any NFC-enabled Android smartphone running KitKat or better.

MasterCard and Visa debit cards issued by ANZ, Westpac, the Bank of Melbourne, Bank SA, Bendigo Bank, Cuscal, ING Direct, Macquarie, and St. George will all be supported, leaving Commonwealth Bank and NAB as two major omissions. Commonwealth does however offer its own NFC-enabled tap and pay solution via its Android app.

Optus is also fighting for a slice of the contactless pie, offering Android users NFC-enabled SIM cards. These enable payments even after the phone in question goes flat.