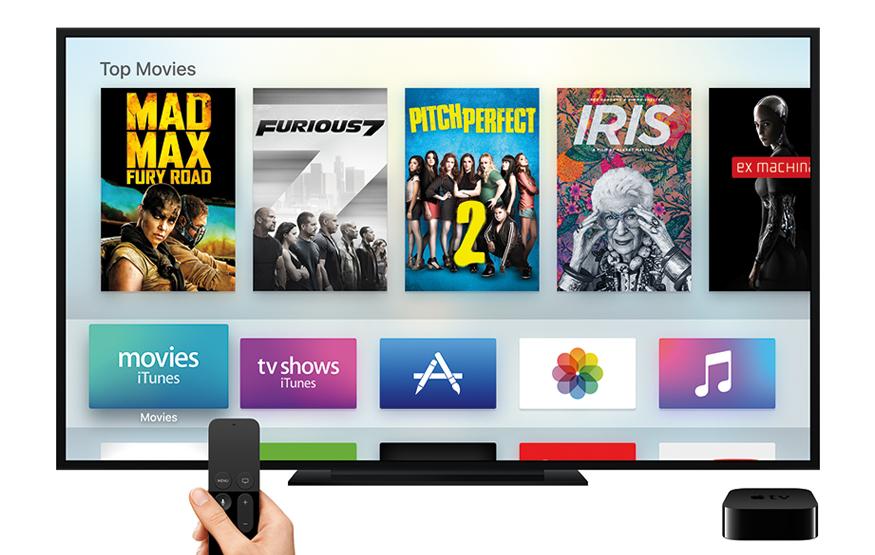 Apple today announced an all new Apple TV set-top box designed to bring the iOS experience to the big screen. Apple CEO Tim Cook described the new Apple TV as a "new foundation for TV" during its unveiling.

"As important as TV is, the TV experience hasn't changed in decades," said Cook. "The television experience has been standing still while innovation in the mobile space has been racing ahead."

The new Apple TV is powered by a fork of iOS called tvOS. While the new operating system shares many of its visual elements (and development tools) with Apple's smartphone platform, it's been optimised for a much larger display. Since the two operating systems share a codebase, developers will be able to build universal applications that work across iPhone, iPad and Apple TV.

Users interact with the new Apple TV through two key mechanisms: voice and touch. The redesigned remote features a glass trackpad that is used as the primary input mechanism when it comes to navigating the new operating system. Users are able to scroll, select and swipe using the MacBook like trackpad. Notably, the remote also features similar motion tracking capabilities to Nintendo's Wiimote.

iPhones and iPad Touches can be used as additional controllers, but users will also be able to pair MFi certified Bluetooth gamepads with set-top box.

Previous Post The iPad Pro is a big, expensive tablet
Next Post iPhone 6s and iPhone 6s Plus coming to Australia on September 25