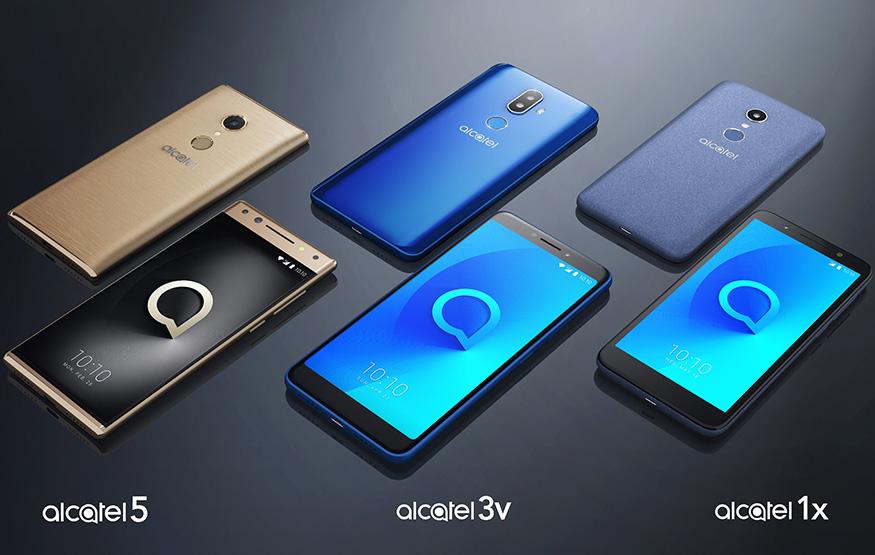 Alcatel announced a new set of phones at CES with attractive looks and longer displays.

The Alcatel 1 series, 3 series and 5 series all feature 18:9 displays, which is slightly taller than the typical 16:9 aspect ratio used by most phones. Alcatel aims to offer premium feeling products without a high price tag.

“As the global smartphone market continues to evolve, we come into a new year recognizing the need to stabilize and transform our Alcatel smartphone portfolio to better serve our customers and meet the opportunities ahead,” said Christian Gatti, Global President Alcatel Business Division and Executive Vice President TCL Communication. “By modernizing our smartphone designs and being one of the first global manufacturers to offer 18:9 full view displays across the majority of our lineup, we’re able to refocus our efforts at democratizing flagship style features and making these experiences accessible to almost any consumer worldwide.”

Each series in the new lineup represents a different price point, but all will likely be very affordable. The 1 series is designed to be the cheapest without compromising too much on quality, and still features a unibody design and premium materials. The 3 series adds dual cameras, while the 5 series acts as a defacto flagship without the price tag, adding a larger battery and higher quality cameras.

More information on Alcatel’s 2018 lineup will be announced at Mobile World Congress in Barcelona, from late February to early March. Pricing is estimated to be under AUD$400 for the 5 series, under AUD$300 for the 3 series and a little under AUD$150 for the 1 series models. Local availability is yet to be announced.