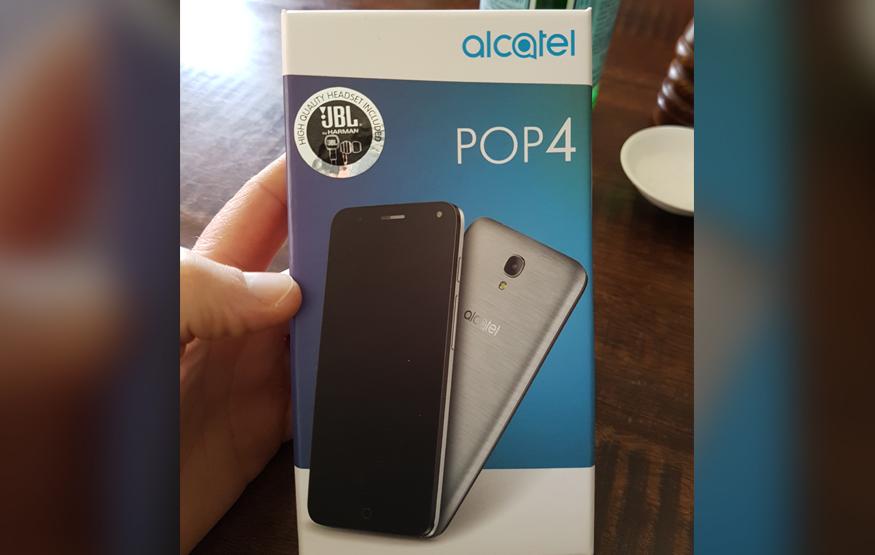 Alcatel will be bringing its budget friendly Pop 4 smartphone to Optus prepaid later this month at an asking price of AUD$119. The handset will be locked to Optus, as is typical with prepaid handsets offered by telcos.

In terms of hardware, the Pop 4 offers a 5-inch display running at 720p, a Snapdragon 210 processor, 8GB of expandable storage, and 1GB of RAM. Front- and rear-facing cameras measure in at 8MP and 5MP respectively. Notably the Pop 4 will ship running Android Marshmallow. Budget smartphones often ship with outdated versions of Android, so Marshmallow out of the box is a nice bonus for bargain hunters.

On paper, the Pop 4 seems like good value for money; it won't be the zippiest phone in the world, but it shouldn't be unusably slow. However, based on CyberShack's hands on with past Alcatel devices, 1GB of RAM could be a limiting factor and genuinely hamper multi-tasking. But if you're after a basic smartphone under AUD$150 and aren't too demanding a user, the Pop 4 could nonetheless be a good buy.