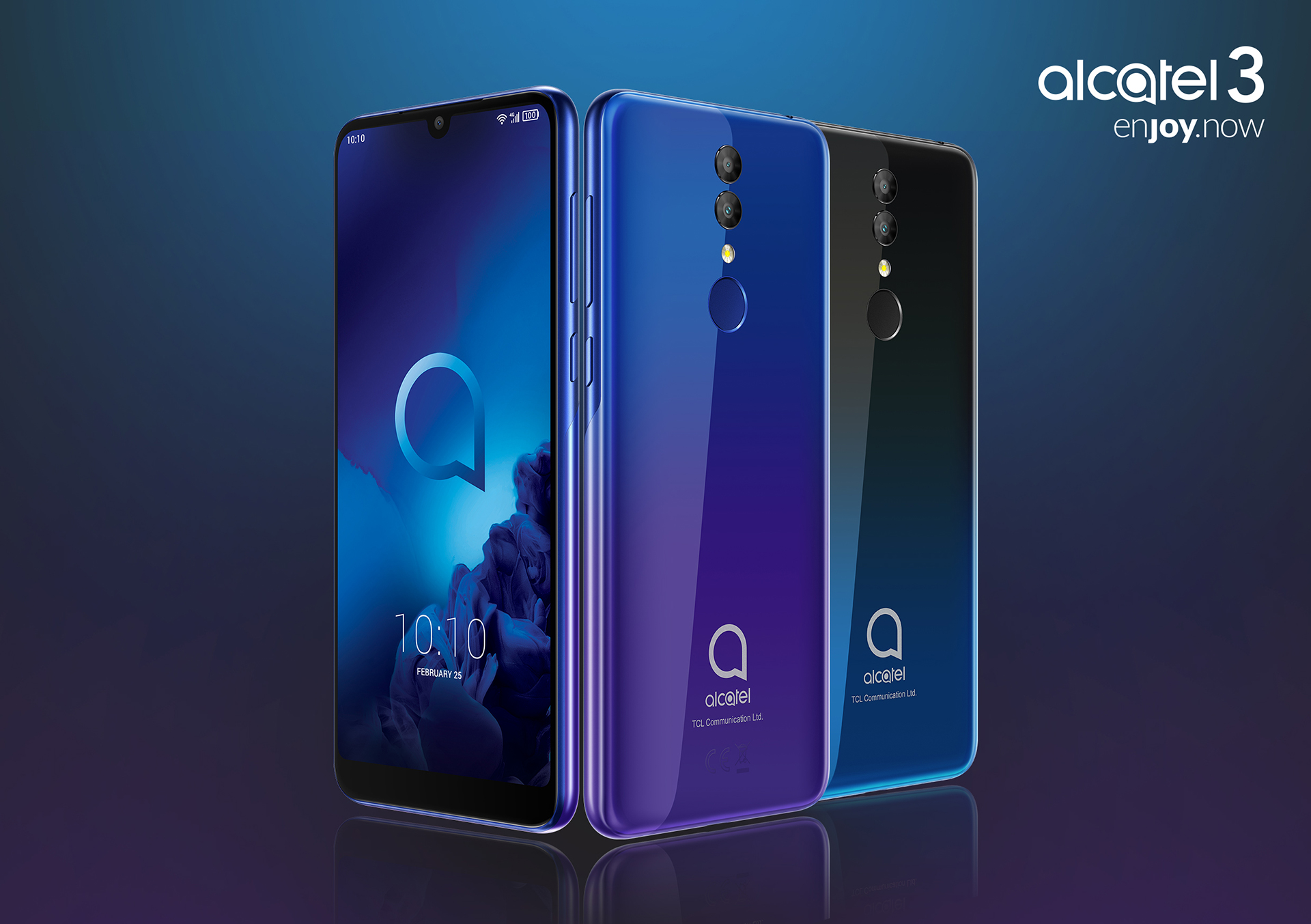 The Alcatel 3 (pictured) offers the fastest hardware in the lineup with an octa-core Snapdragon 439 processor, 32GB or 64GB of storage and 3GB or 4GB of RAM. It comes with a glossy gradient rear, and a screen that spans the majority of the body. Dual cameras are offered with a 13MP standard lens and 5MP depth lens. A 3500 mAh battery rounds out the hardware specs of the phone.

The Alcatel 3L is an even more affordable alternative to the Alcatel 3, with most of the same features except the processor, RAM, and storage, with a quad-core Snapdragon 429 processor, 2GB of RAM and 16GB of storage. Both the Alcatel 3 and Alcatel 3L feature tall 5.9-inch displays and ship with Android 8.1 Oreo, but an update to Pie is coming later in the year.

The Alcatel 1S is the entry level model in the lineup, but still offers decent hardware with an octa-core processor, 3GB of RAM, 32GB of storage and a 3060 mAh battery. Dual cameras are found on the rear, with a 13MP standard lens and a 2MP depth lens. The 1S ships with Android 9.0 Pie.

Pricing is expected to be on the very low end, with the Alcatel 3 and 3L likely coming in at under $300 and the 1S likely under $150 based on previous models pricing information. Confirmation on pricing and release dates are yet to be announced.