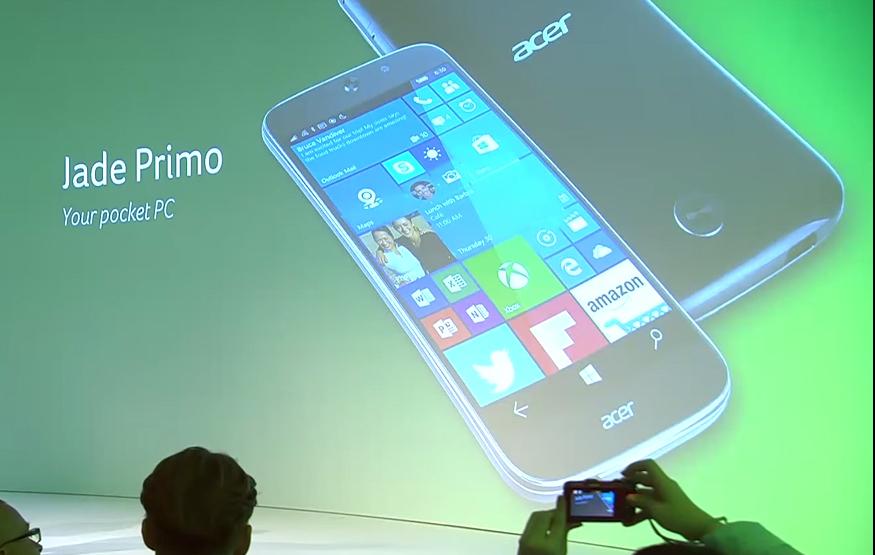 Acer has unveiled a Windows 10 flagship smartphone that will convert into a PC through Continuum. Dubbed Jade Primo, the handset is designed as a "Pocket PC" and will be bundled with a keyboard, mouse, and dock.

Continuum is a new feature in Windows 10 Mobile that allows Windows 10 smartphones to "transform" into a desktop PC when connected to a monitor. Compatible applications will automatically adapt to screen they're running on, enabling the use of software such as the Office suite in a traditional desktop view.

Users will be able to continue using their smartphone as a second screen while Continuum is running, and can copy data from an app on their phone such as Messaging to desktop apps.

While Acer has yet to confirm exact specifications, the phone will feature a six-core Snapdragon 808 processor, a 5.5-inch 1080p display, and a 21MP rear camera.

Acer plans to sell the phone before the end of the year, but is waiting for Microsoft to set a release date for Windows 10 Mobile. Pricing and availability has yet to be confirmed.