A robot is queuing for the iPhone 6s in Sydney 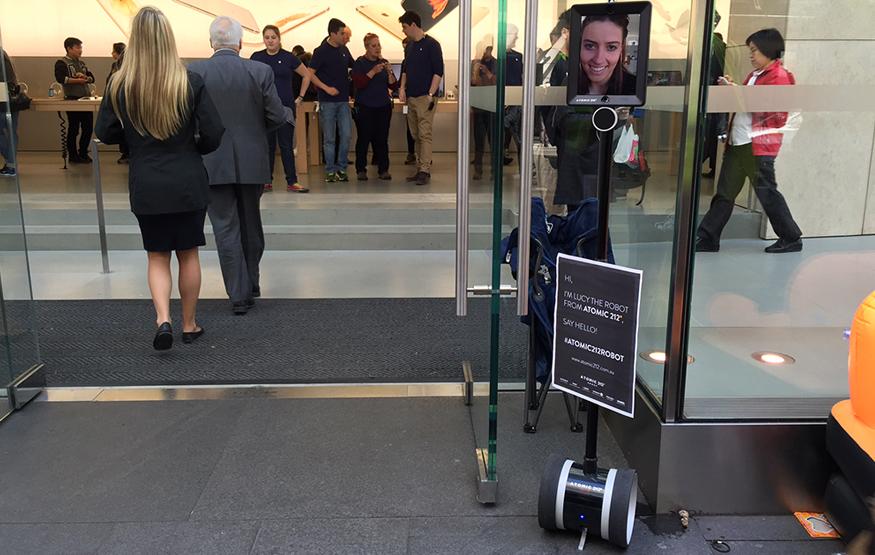 Lucy Kelly, Marketing Manager for media agency Atomic 212, has been queueing for iPhone 6s since 5am this morning. While it's been a bit of a miserable day in Sydney, Kelly has been queuing from the comfort of her desk, thanks to a Double Robotics telepresence robot.

The Double Robotics Droid is best described as an iPad on wheels. Using a dedicated app, Kelly is able to drive the Droid, and its camera and microphone combo allows Kelly to see and talk to other people in the line. As an Atomic 212 spokesperson pointed out, it could very well be the first case of an iPad buying an iPhone, at least in a literal sense.

While the Double Robotics Droid is strong enough to carry the iPhone 6s in a bag, it will still require a security escort. It does however feature an integrated GPS tracker allowing Kelly to keep an eye on its location.

Previous Post CyberShack TV: A look at the Lenovo Yoga Tab 3 Pro
Next Post Stan making Australian shows to take to the world, “No Activity” is just the first