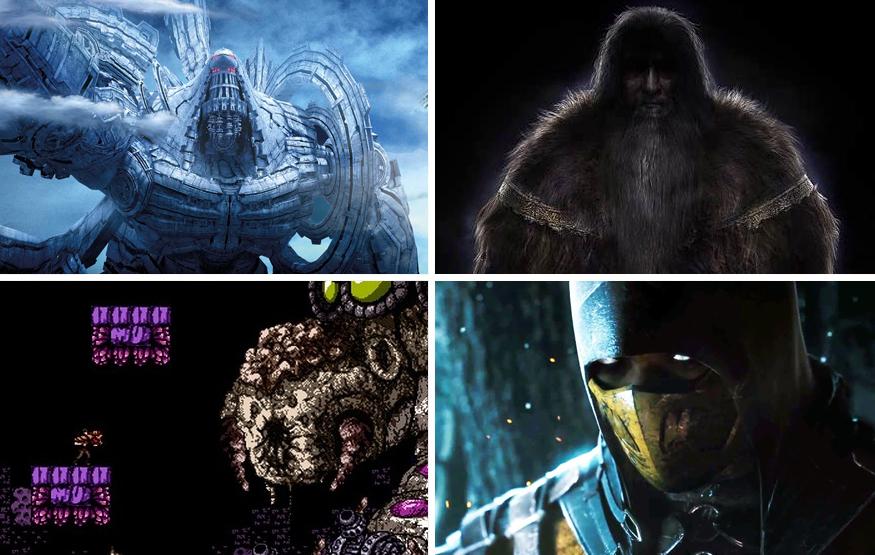 The gaming world feels a bit slow at the moment; half of the major releases in April are ports or remasters. Nonetheless, there's definitely some titles worth getting your hands on – especially if you're not too busy playing through Blooborne like I am.

Axiom Verge is a side-scrolling action platformer inspired classic titles such as Metroid, Contra and Bionic Commando, and boasts a retro-aesthetic that would look at home on the Super Nintendo. Impressively, Axiom Verge was built by just one developer, Tom Happ, who was also responsible for the title's graphics and music. Axiom Verge is currently just available for PlayStation 4, but a PlayStation Vita and Windows version will be released in coming months.

Xenoblade Chronicles is a science fiction RPG that was first released on the Nintendo Wii in 2011, although was never too widely available. This led to the critically acclaimed titled selling for as much as AUD$250 on eBay. Thankfully, Nintendo has re-released Xenoblade Chronicles for the 3DS (well, New 3DS and New 3DS XL only), at a much more reasonable AUD$59. I never got the chance to play the original, so I'm looking forward to sinking some time into Xenoblade Chronicles 3DS …well, as soon as I make it through Bloodborne and Pillars of Eternity.

Dark Souls II was one of my favourite titles of 2014, and its now also available on Xbox One and PlayStation 4. In addition to including all three pieces of downloadable content released for Dark Souls II, Scholar of the First Sin goes a bit further than your standard game of the year edition, tweaking enemy placement and adding in new story elements. If my back-log of 2015 titles wasn't already out of control, I'd be picking this one up today and reliving the nightmare.

After months of waiting, PC gamers can finally get their hands on Grand Theft Auto V. Let's just hope there aren't any more delays!

Mortal Kombat X is the gruesome fighter's next-generation debut, and it looks bloodier than ever. While the title looks to be mostly iterative, each character now has multiple variations, affecting both their move-sets and play styles. Xbox 360 and PlayStation 3 versions of Mortal Kombat X will be available later this year.

Broken Age, originally known as Double Fine Adventure, was the first game to really popularise Kickstarter as a platform for games developers. Now, almost three years after the Kickstarter campaign concluded, a final product is in sight. Backers on Windows, Mac and Linux will get access to the second act of the Broken Age saga (at no extra cost), while gamers on the PlayStation 4 and the PlayStation Vita will be able to buy the complete game in one hit. Having played the first act at the beginning of last year, I can't wait to see how the story finishes!

Previous Post Moovit is a smarter public transport app powered by the community
Next Post Another 550,000 premises added to National Broadband Network rollout