3SIXT gets in early with “iPhone 7 ready” headphones 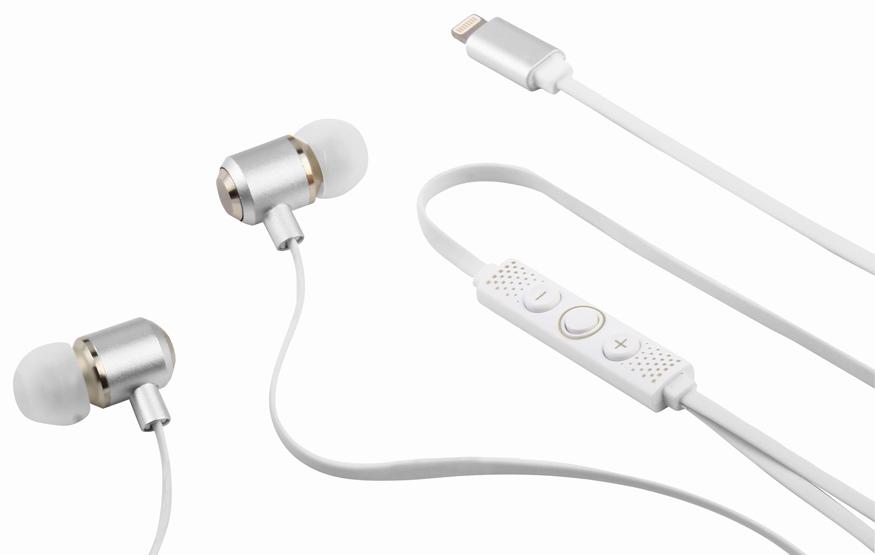 Accessories manufacturer 3SIXT looks to be anticipating a headphone jack-less iPhone 7 with the launch of its new Digital Lightning Buds. Rather than using the standard 3.5mm headphone jack, 3SIXT's earphones make use of Apple's Lightning connector.

3SIXT's Digital Lightning Buds are said to offer "pure digital sound", and pack 9mm neodymium drivers. The headphones are Apple-certified, and in-line controls can be used to adjust volume, issue voice commands via Siri, or change track. They're on sale now through Newslink Australia, LS Travel, Optus, and Telstra for AUD$119.95.

Long running rumours have suggested that Apple may very well kill the headphone jack on some (if not all) iPhone 7 models in the pursuit of a thinner design. If this is the case, iPhone 7 owners will be forced to either use headphones that connect over Lightning, Bluetooth headphones, or a Lightning-to-3.5mm adapter.

While many have suggested dropping the headphone port on the iPhone 7 would be "anti-consumer" (due to ostensibly forcing people to buy new headphones or an adapter), headphones connected via the Lightning port do also have benefits. The biggest of these is all digital sound, which can result in higher fidelity audio that can also go louder. Since Lightning carriers power, there's also potential for the likes of noise-cancelling headphones that don't require recharging.

Of course, Lightning connector headphones aren't with limitations. Most obviously, they can only connect to devices with a Lightning port (recent iPhones, iPads, and iPods) You wouldn't be able to just plug a pair of Lightning headphones into a laptop, for example. Using Lighting headphones also removes the ability to charge a device at the same time.

Apple is expected to announce the iPhone 7 in September.