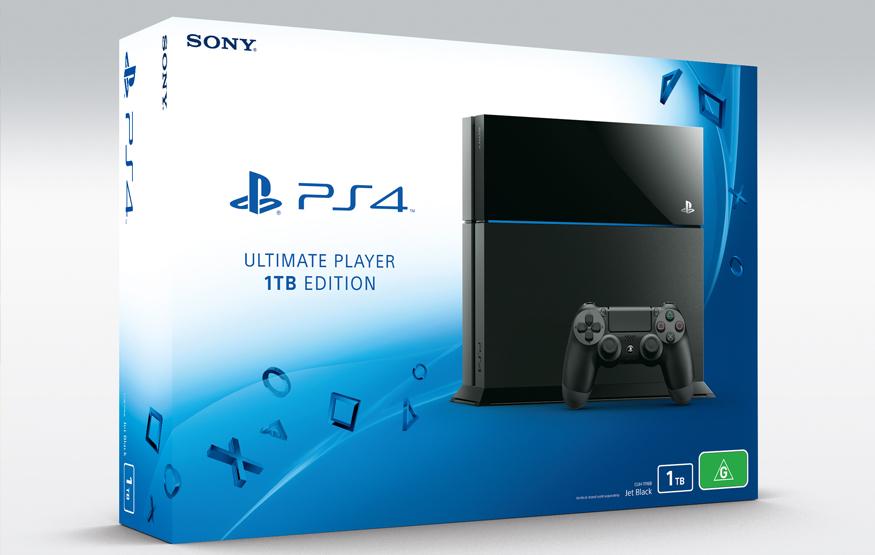 Sony this morning announced that a PlayStation 4 with an internal 1TB hard drive will be made available in Australia from July 15. Dubbed the "Ultimate Player Edition", the new hardware configuration will retail for AUD$549.95, the same price the original 500GB model launched at in 2013.

Unlike the Xbox One, the PlayStation 4's internal hard-drive is user-upgradeable; gamers have the ability to swap out the standard 2.5-inch 500GB drive with any other 2.5-inch storage option over 160GB in in size, and under 9.5mm in thickness. High speed solid state drives (SSDs) have been popular choices among the enthusiast community.

Sony has also tweaked the design of its 500GB model to make it 10% lighter and use 8% less power than the current console. In addition, the new model eschews gloss for an all-matte finish. The new 500GB model will be available in Japan before the month's end, with a global release following after. Local pricing and availability has yet to be confirmed.